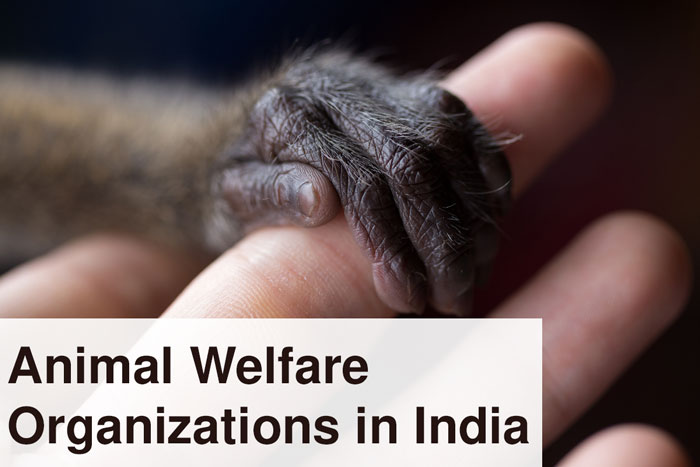 Animal Welfare Board of India

This Government animal welfare organization came up under Section 4 of the Prevention of Cruelty to Animals Act, 1960 (No. 59 of 1960) in 1962. The humanitarian, Late Smt. Rukmini Devi Arundale had given life to this organization and since then it has been the face of animal welfare in India.

Some of the functions of this animal welfare organization are:

Also known as PFA, this organization is the largest NGO for animals in India. Smt. Maneka Gandhi as its chairperson. PFA has a network of 26 hospitals, 165 units, 60 mobile units, and 2.5 Lakh members all over India. Their main contribution to animal welfare has been that they act as a pressure group. They influence the government’s policies regarding animals and fight for animal welfare.

The aim of PFA is to have an animal welfare center in all districts of India. They run shelters for animals in need and also conduct sterilization and disaster rescue missions for animals. Some of their goals are as follows:

The journey of FIAPO began at Asia for Animals conference in 2007. It was established finally in 2010. Since then, it has done a ton of work as an animal welfare organization in India. Through a network of other organizations, FIAPO tries to change the lives of animals in this country. To do this, it employs several methods ranging from education, research, lobbying, and direct action.

FIAPO fights for better laws and protects animals from mindless violence on an everyday basis. Also, joining hands with other organizations is a smart move in a country like India which is huge. Being connected to other organizations allows FIAPO to do what they all ultimately aim for – the welfare of animals.

STRAW is another animal welfare organization in India. Their motto is Animal Welfare through Education. It is a non-profit based in India whose main agenda is to educate the young population about animal welfare through its workshops and programs. This is some really good work. We should educate citizens from a young age itself on how to take care of animals and this will go a long way in helping the welfare of animals.

STRAW provides an animal helpline to assist distressed animals across the cities in India. Provides coordinated rescue efforts and provides counselling to varied pet owners too! It also facilitates the adoption of homeless and abandoned pets, referrals to other organizations, and veterinarians.

They have been employing the following programs for animal welfare:

It is their mission to heal all sick and wounded animals and help them. The care center has almost 300 animals in care at all times. They work with the police too so that people who hurt animals can be punished properly. They want to alleviate animal suffering and also make people more compassionate towards animals. Sanjay Gandhi Animal Care Centre do this by educating people, running awareness camps, and also conducting adoption campaigns in malls.

The Bombay SPCA is a charitable organization that was established in 1953 under Public Trusts Act, 1950. It is almost 70 years old now. This is one of the most dedicated animal welfare organizations in India and has been absolutely relentless in providing care for sick and injured animals.

SPCA inspectors do a great job at limiting cruelty towards animals in Mumbai and the Society as a whole has been consistently growing in its outreach because of this. Mumbai being a huge city, they also receives generous donations. Therefore, they have come up with many new facilities for animal welfare. Some of them are a Cardiac Centre, an Intensive Care Unit, an Animal Birth Control Centre among many others. Their mission is to create harmony between all life forms – especially man and animal.

Also Read: How to take care of animals?

India has a culture of living in peace with nature. We worship various forms of nature; therefore, it is expected that animal welfare organizations also take up this culture in India. Our government has tried its best to upgrade rules and regulations. Social media plays another strong role today in protecting animals. Any cruelty is strongly criticized hence people also fear losing their reputation if they harm animals.

Man has and will always be surrounded by animals. Learning to live in symbiosis with them will not just be peaceful but will also bring us more happiness. Today, people are more aware than ever before about the need to take care of animals like they are one of us. And indeed, they are one of us, right? So let us help these animal welfare organizations in India by being more lovable towards our animals and also donating whenever we can.