Let’s imagine a world where some of the most common animals we see today like Deer, fox, etc. are gone. Imagine having no dogs in this world or no elephants. It is very hard to imagine this right? Sadly, many animals were present in abundance before but don’t exist anymore. Animal extinctions in this world are a reality today.

In this post, we are going to understand how animal extinctions in the world happen. We’ll also see what are some of the very important animal species which are extinct today.

Many animals which are fit to survive the changing climate of Earth are also getting extinct. Therefore, we can say that today animal extinction in the world is more human-made. Our thirst for materialistic things has made us destroy the habitat of these poor animals.

Some of the common factors leading to animal extinctions in the world are:

IUCN Classification for animal extinctions in the world:

The International Union for Conservation of nature maintains a database on the status of threatened animals in the world. It classifies them under categories in ‘Red Data Book’. The classification is as mentioned below:

Extinct in the wild means that they exist only in protected areas in very fewer numbers. For this article, we will see the most recent animal extinctions in the world.

Animals are getting extinct today at a dangerous rate. According to the UN, every day around 150 animals become extinct. IUCN announces the extinct animals every year. Animals extinctions in the world in the past two decades are: 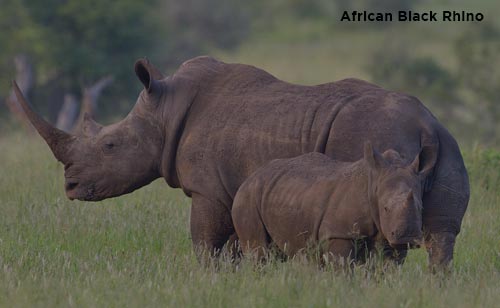 Found in a few southeast regions of Africa, this animal used to weigh more than 1000kgs! It used to have two horns which made people think it had magical properties. Because of this, there was rampant poaching which eventually led to them becoming extinct in 2011. 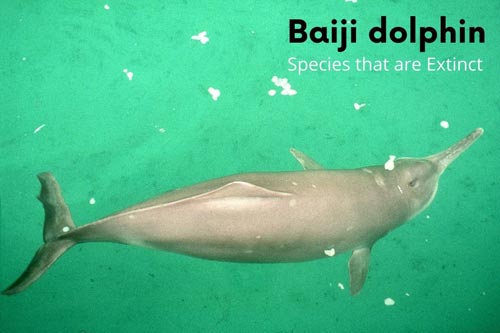 It is also known as ‘Baiji White Dolphin’ and used to be a native of China’s Yangtze River. It is the first species among dolphins to be extinct because of humans. Poaching along with the pollution created by boat traffic in the river led to their extinction. Baiji Dolphins haven’t been seen since 2002!

These were one of the four species of Iberian Goat found in the Iberian Peninsula. Feeding mainly on grass, these animals would grow to a height of 60-70cm and weigh anywhere between 20-80 kg based on their age.

We do not know the cause of their extinction. Some scientists believe that one reason might have been their inability to compete with other animals for food.

These are mouse-like creatures native to Bramble Cay which is a small island near the Great Barrier Reef. They became extinct because of man-made changes to Earth’s climate. Since 2009, not even one species was spotted. Therefore, IUCN declared them extinct in 2015 finally. 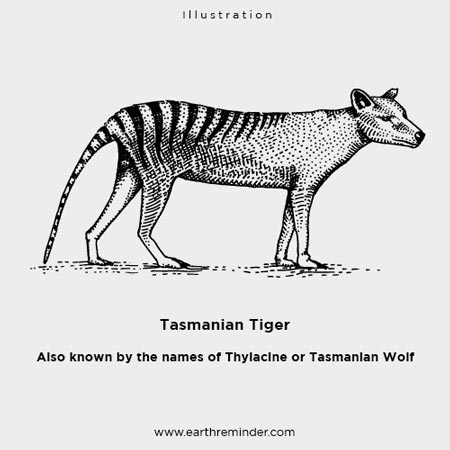 Also known by the names of Thylacine or Tasmanian Wolf, it is a carnivore that looks like a big dog. Found in Australia, Tasmania, and New Guinea, they became extinct due to hunting. Also, it is believed that the introduction of dogs and disease into their habitat might also have led to their extinction.

‘Chelonoidis abingdonii’ is the scientific name of Pinta Giant tortoise. A native of Ecuador (Galápagos), this tortoise was declared extinct by IUCN in 2015. It was a terrestrial animal belonging to the Shrubland habitat. Threats like usage as food by humans and hunting led them to extinction.

Known by the scientific name of ‘Oophaga speciosa’, it was declared extinct in 2020. These frogs used to be widely kept as pets once upon a time. There is speculation that they might still exist somewhere in captivity but we can’t be sure.

The outbreak of an invasive species known as Chytrid fungus in 1996 led to the Frog’s extinction. These frogs were native to the western Cordillera Central in Panama, near Costa Rica.

Partula suturalis is the scientific name for the Moorean Snail. It was declared extinct in the wild in 2009. The story of their extinction sounds like the plot of a scientific experiment gone wrong. In 1967, scientists introduced the African Land Snail as a food source but it escaped and started destroying crops.

These beautiful birds are extinct in the wild now. Around 60 of them exist in captivity though. It is sad to see such a magnificent species disappear because of human activities. Factors like illegal trapping, hunting, and habitat destruction led to their extinction.

Don’t be tricked by the name, this pigeon wasn’t the messenger pigeon we see in movies. Rather, it was a wild variety of pigeons found in North America. It was a migratory bird and settled in large numbers from Europe in the late 1800s. These pigeons were hunted and consumed for their meat so much that they became extinct. 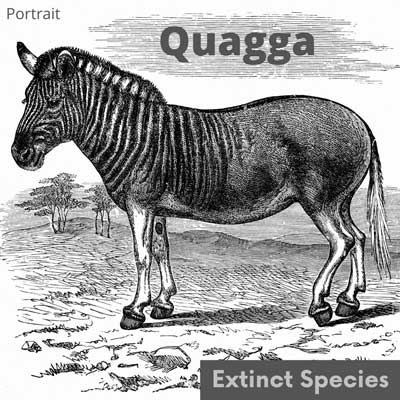 This was such an interesting animal and was thought to be a separate species for quite a long time. Later it was found that it was a subspecies of the Zebra. The Quagga looked like a Zebra from the front and like a horse from behind. It went extinct in the late 1900s. Humans hunted them to extinction. However, today scientists are trying to recreate their species.

Found in Tasmania, until 2002 this leopard was the largest carnivore population on the island. Despite government efforts, the Zanzibar leopard couldn’t be saved. Due to loss of habitat, they would often come in human habituated areas. This led to human-animal conflict cases and people started hating this animal. Therefore, large-scale hunting and killing wiped them off.

We cannot accept animals being killed and destroyed like this. They are extremely important for the ecosystem to function in a balanced way. Governments around the world are making several conservation efforts. However, We as a human should also step outside to help them.

We need more intensive programs to protect these animals and conserve them. Animals have an equal right to live in safe environments in our world. Animal extinctions in the world just show how negligent we all are becoming. If we do not arrest the extinction rate, we will find ourselves on a planet that is incapable of life very soon.

What Can We Do to Protect Endangered Animals?

Animal Welfare Organizations Around the World