Most of the atmospheric ozone also concentrates on the lower layer of the stratosphere. Ozone contains three oxygen molecules. These ozone molecules create an ozone layer in the stratosphere. The ozone layer absorbs radiation from the Sun and prevents it from reaching the Earth’s surface. In short, the ozone layer absorbs the harmful ultraviolet radiation from the Sun that may cause various adverse effects to living organisms on the planet.

What is ozone depletion?

CFCs cause a considerable amount of break down in the ozone layer reacting with the ozone molecule. The depletion of ozone was started majorly from the age of industrialization. The gradual reduction in ozone concentration is causing mainly due to harmful emissions from different industries. Here you can go through the major causes of the ozone layer hole to find out the possible solutions for this big environmental issue.

What are the main Ozone Depleting Substances (ODS)?

Ozone layer depletion is caused by CFCs, HCFCs, Halogens, Carbon Tetrachloride, Methyl Chloroform. All these depleting substances are explained below – 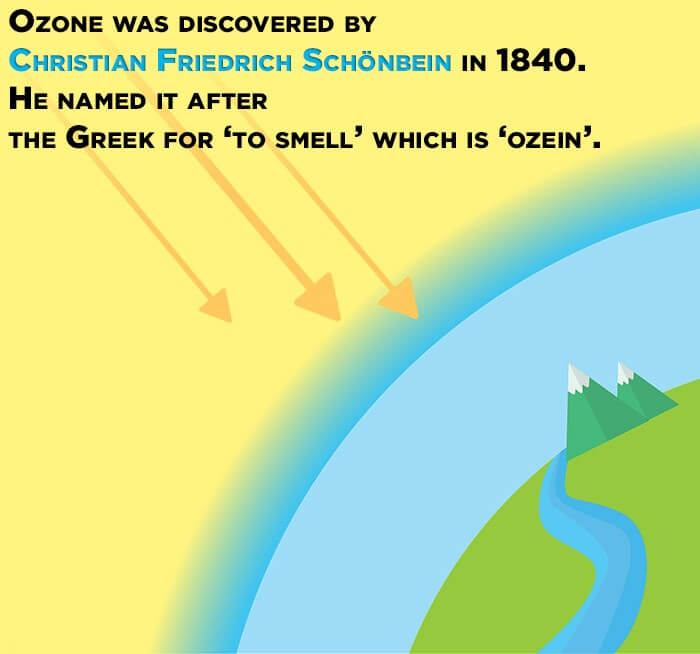 HCFCs also get its way into the atmosphere through various human activities like vehicles and many other industrial emissions, etc.

Halogens are used in specific fire extinguishers and also affect the ozone molecule present in the atmosphere.

Carbon tetrachloride is also used in some specific extinguishers and solvents.

“Also, read – Uses of solar energy that will help humankind”

The following points are quite enough to explain the reasons for ozone layer depletion.

The triatomic form of oxygen found in Earth’s atmosphere is termed as O3 i.e., ozone. CFCs are one of the major causes of ozone layer depletion. The CFC emissions are on the top in causing the ozone layer hole (approximately up to 80% of the entire ozone depletion).

The primary reasons that provoke ozone depletion include lower temperature, higher concentration of chlorine & bromine in the upper layer of the stratosphere.

The primary sources of CFC emissions are soaps, insulating foams, solvents, spray aerosols, take-away containers, cooling equipment like refrigerator & ACs, etc. All these use chlorofluorocarbons. The use of these products causes accumulations of a vast amount of CFC in the atmospheric layers of Earth. When the CFCs enter the stratosphere layer, it starts affecting the ozone layer.

Emission of HCFCs and VOCs are also the vital causes of the ozone layer hole. HCFCs, VOC, and other ozone-depleting substances (ODS) are quite common to be emitted through various human activities. These activities include the use of vehicles, emission from industries and factories, refrigerators, aerosols, etc.

These ozone-depleting substances are comparatively stable in the lower layers of Earth’s atmosphere. On the other hand, when it reaches the stratosphere layer of Earth’s atmosphere, it gets exposed to UV radiation, where it breaks down and releases free chlorine atoms.

It has been estimated through various studies that if unregulated rocket launches continue, then we will have a massive loss in the ozone layer in the upcoming generations.

Global warming is one of the big environmental issues at present. It is affecting the environment in different ways, starting from climate change, extreme weather events, disturbing the ecosystem and biodiversity of the planet to ozone layer depletion.

Ozone layer depletion is one of the big crises for humankind. Ozone depletion results in increasing ultraviolet radiation hitting the Earth’s surface. This UV-radiation affects the ecosystem very severely, causing various health problems for the living organisms of the planet.

Hence, we should spread awareness among all are peer-groups about the causes of ozone layer depletion. We also need to be aware of the harmful effects of ozone depletion and how we can handle this vital environmental issue.

We should try to handle ozone layer depletion at an individual level. Try to minimize the use of products, appliances, equipment, etc. that emits ODS (ozone depleting substances). Our continuous attempt will work to make this planet a sustainable place to live for each organism peacefully.