There are lots of weather we can see every single day. Some of them are pleasant, giving peace to our mind, whereas some are extreme, and such severe weather conditions affect lives to a large extent. These conditions are not new; however, the consequences of those extreme weather conditions have increased from the past few years.

These conditions seem natural as we feel these naturally, but these are significantly affected by human activities.

Deforestation, pollution, mining, and resource depletion are some examples of human activities affecting our climate.

And as a result of such climate change or global warming, we are facing problems such as drought due to prolonged heating and lack of rain, flood by extreme rainfall, thunderstorm, tornadoes, snowstorms, etc.

We human beings are responsible for destroying our own habitat. And after knowing the reality, we should take preventive measures in order to cancel the effects.

Here in this article, we will discuss the major types of extreme weather along with the consequences of them. So, let’s dive right in.

What Are the Different Types of Extreme Weather and Their Effects?

As we already know, there are several kinds of weather, and these include different extreme weather scenarios. We have not only felt them, but we already get their effects from how much loss they can do.

So, let’s discuss those extreme weather conditions with their causes, effects, and examples.

If a large mass of air rotates in an inward spiral fashion to an area of low pressure, it is known as cyclones or hurricanes. In the northern hemisphere, these spirals revolve in an anti-clockwise direction, whereas the rotation is clockwise in the southern hemisphere.

There are lots of evidence showing the effects of intense cyclones or hurricanes. Hurricane Dorian was a great example of the most recent cyclones occurred in 2019. It was a tropical cyclone with a rate of 185km/hour.

A vast majority of the population gets affected by the consequences of such extreme weather in Southeast Asia, the Americas, and the western pacific.

According to research, the effects of cyclones or hurricanes between 1980 and 2009 include the death of 412,644 people, and 290,654 people found injured. Besides, 466.1 million people get affected by losing their homes, crops, and cattle.

Based on a report by WHO, the human-made causes for higher hazard rates are habitats in coastal regions, poor construction of buildings, insufficient time for spreading awareness, and further the unavailability of sufficient shelters for the rescue.

The direct effects of intense cyclones include injuries, traumas, the collapse of buildings, crop loss, electricity and communication loss, etc. However, some indirect consequences of such drastic extreme weather include the spreading of water-borne diseases, flood, drought due to scarcity of food, and also mental trauma.

For the reconstruction and providing relief against the loss, economic loss occurs.

A submerged land within a large quantity of overflowing water is the condition of the flood. There are lots of causes for flooding; however, we can take flood as the consequences of the previously discussed extreme weather condition. Yes, a super-cyclone can cause severe flooding in a tropical region.

Some other causes of floods are prolonged rainfall, infiltration, basin shape, a large amount of discharge, deforestation, etc.

According to the report published in the World Meteorological Organization (WMO) and some other information, flooding is an extreme weather condition, that affects many people.

There are lots of instances showing flood conditions, their effects as well the control measures taken in different parts of the world.

However, the most flood-prone region of the world in Asia and specifically India. Most of the flood conditions in India are due to heavy prolonged rainfall and super-cyclones.

The effects of this type of extreme weather issue are also intense, which affects the region socially, ecologically, and further economically.

These effects include the destruction of agricultural lands, habitats, essential services, and also increased spread of vector transmitted and water-borne diseases.

Drought is an extreme weather condition, which affects the population to a large extent. Drought is characterized by little water availability (groundwater, streams, rivers, etc.) in a particular region. 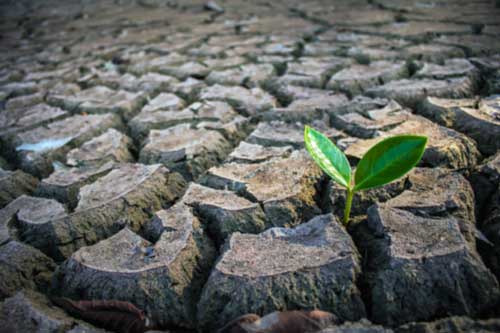 The primary cause behind a deadly drought situation is the rate of precipitation, which is generally below average in this condition resulting in dry soil (lack of moisture).

It can be a condition of prolonged extreme weather, which brings the consequences of a large population’s death in that particular area.

According to FAO, 2013, It was found that since 1900, about 11 million loss of human lives occurred due to the dramatic drought situation worldwide.

Based on a report by WHO, about 55 million people globally are impacted by the effects of drought every year.

Besides, the above said extreme weather, several kinds of storms affect our social, ecological, and economic life. Let’s talk about some of them one by one.

First of all, thunderstorms – a deadly weather condition comes along with thunder and lightning on the hot summers when the atmospheric condition remains unstable.

Thunderstorms can be combined with tornadoes, hail, or any other extremities. However, solely this type of storm causes massive damage.

About 10% out of one hundred thousand thunderstorms in the U.S. effects at a severe level. Furthermore, about 16 million thunderstorms take place each year globally.

Lightning during a thunderstorm is the most dangerous event that solely affects fatalities and injury, forest fire, impact on aviation and other modes of transportation, damaging wind turbines, etc. 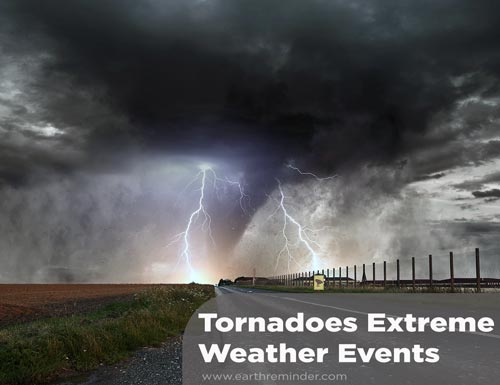 Tornado—a storm that seems like a funnel is a deadly rotating wind usually extending from a cumulonimbus cloud.

“According to NOAA (National Oceanic and Atmospheric Administration), there are about 1,180 tornadoes until mid-October 2020, which is lesser than in 2019”.

The U.S. is the most affected country by the consequences of such extreme weather. And this year, about $2.6 billion insured loss took place due to these convection storms.

According to a study in Marion, Illinois, it came to know that about 50% of injuries regarding tornadoes take place during post-tornado events like cleanup and rescue.

Besides injury by falling of enormous objects, tornadoes further cause a drastic loss in communities by damage to electrical systems, gas lines, or power lines. This results in electrocution and explosion like deadly situations.

Hail is a type of precipitation that generally brings rounded or jagged pieces of ice (solid) to the ground along with a storm.

Asian countries like India and China experience more hail storms at the beginning of the monsoon season.

Further, the great plain regions of Canada and the U.S., also known as the area of hail storms and named “hail alley.”

The consequences of this type of extreme weather cause destruction of crops, buildings, vehicles, and sometimes loss of lives.

An excellent instance of a deadly hail storm includes a storm with hail in Moradabad, India, in 1988. At that time, about 250 people had lost their lives due to the effects.

Blizzard is a type of extreme weather, specifically a snowstorm, which results in heavy snowfall, low atmospheric temperature, and intense wind movement.

At the time of such severe storms, the rate of airflow is usually 35 miles per hour.

The significant effects of blizzards include increased car accidents, and further, the low temperature in the atmosphere causes snowbite or hypothermia.

An example of such extreme weather includes a blizzard in March 1993, which expanded from Canada to mid-America, causing 10 million power outages along with about 300 deaths.

In Arid and semi-arid areas, a strong wind rises into an extreme storm, which brings a considerable quantity of fine dust particles, causing the loss of soil on dry land is known as a dust storm or sandstorm.

Strong pressure gradients with cyclones or thunderstorms are the primary causes behind these severe conditions.

Dust or sand storms seems a minor case; however, this can cause critical illness. Dust or sand particles of size 10 Micrometer or more results in skin and eye irritations, increased susceptibility to eye infection, and much more.

Relatively smaller size Particles can be captured by the nose and cause diseases related to the respiratory tract.

Various other health issues are also associated with dust storms.

Some agricultural effects of sandstorms include loss of plant tissues, soil erosion, reduced phosphorylation, etc. A massive quantity of deposition can result in water quality loss and blockage of transportation routes and canals.

We enjoy some kind of weather and climatic conditions; however, extreme weather, as discussed above, can bring eternal consequences.

Most of those severe atmospheric conditions are due to increased human activities, and thus we can categorize them into human-made destruction’s.

Our government is working to prevent such calamities from reducing the extent of social, agricultural, and economic damages.

Furthermore, several rescue services and control measures are also taken to save lives as much as possible.

Preparation before the extreme condition is the only way to reduce the extent of the loss.

So, this is all about the effects of extreme weather, and we hope this is helpful to you. For further queries, comment down below. Follow us for more such useful content.

Why Are Glaciers and Ice Caps Melting?