Earth Hour, a wonderful effort taken across the world to save energy and the environment globally. Last year Earth hour was celebrated successfully at each corner of the planet. Now, we are moving to do the preparations for Earth Hour this year i.e. 2020. Earth Hour 2020 will be held on 28th March, Saturday from 8:30 pm to 9:30 pm (all times are in Indian Standard-Times).

Earthy Hour 2020 will be organized with an objective. The main focus of this year Earth Hour will be on eliminating single-use of plastic which is one of the major causes for marine life contamination. Earth hour 2020 theme will be announced soon. The focus will also be on biodiversity and nature along with preventing climate change.

Earth hour 2020 logo – it is not yet updated by WWF. However, the logo for Earth hour was the same every year to date. It is expected to be the same for Earth Hour 2020 as well.


This was the first event to celebrate on 31st March 2007 at 7:30 pm (local time) as the switch-off movement in Sydney, Australia. In this event, almost 2.2 million homes & businesses were participated to encourage the movement of WWF.

In 2008 the Earth Hour movement was organized internationally on 29th March 2008 from 8:00 pm to 9:00 pm (local time). 35 countries were participating in this event around the world. The tagline used for the event was “we’ve turned the lights out. Now it’s your turn-Earth Hour.”

Earth Hour 2010 was held on 27th March from 8:30 pm to 9:30 pm (local time). The participation was increased worldwide in which almost 121 countries and territories were taken part.

The campaign in the year 2011 organized with a tagline “Beyond the Hour”. This was one of the biggest events in the 5-year history of Earth Hour celebration in which around 135 countries participated on 26th March.

The campaign for the year 2012 was named “I will if you will” was organized on 31st March from 8:30 pm to 9:30 pm (local time). Participation increased up to 152 countries and territories in the world.

In 2014 the Earth Hour was organized on 29th March at the same time from 8:30 pm to 9:30 pm local time. “Earth Hour Blue” was launched as a new digital platform to support the conservation of the planet.

The campaign was launched with the name of “Change Climate Change” this year. On 28th March the day was celebrated as Earth Day on the same local timings i.e. from 8:30 pm to 9:30 pm.

In the year 2016, participation across the globe has increased a lot of almost 178 countries and territories in the world. On 19th March 2016, Saturday “PlaceWeLOve” was launched by World Wide Fund-Australia.

25th March 2017 is noticed as the Earth Hour from 8:30 pm to 9:30 pm to support switch-off light movement globally. #EarthHourTrend was followed.

In 2018 the enthusiasm level of the participants was quite high around the world. On 24th March the Earth Hour took place in 2018 on the same local time as mentioned above. Theme was “Let Nature Shine”.

In this year, the global event was celebrated on 30th March 2019 from 8:30 pm to 9:30 pm. Miss Earth 2018 from Vietnam was the ambassador for the event this year. Theme was “Reduce, Rethink and Change the way we live”.

It is one of the biggest environmental events globally. It is an international event organized by WWF and anyone from any city, any country, and any continent can take part in this event. More the participants more will be the outcome of the Earth Hour movement.

Every year the number of participants is increasing worldwide which itself expresses the success story of the event so far. Earth Hour day 2020 will make a difference in the future to handle the major environmental issues like climate change, global warming, pollution, deforestation etc.

Do not miss to attend the electrifying global event. Participate in the event to show your care and love for our beautiful planet. 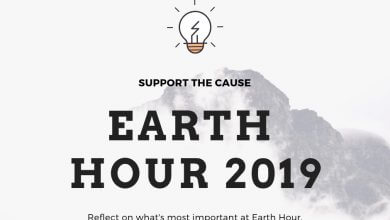 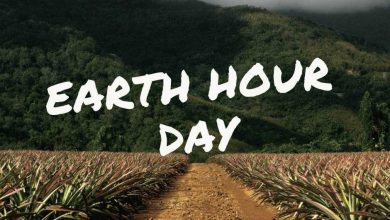