How Will 5G Affect Our Environment and Birds? Discoveries are the ideal way of development. However, some technological innovations make us think about their consequences, either good or bad. One of such advancements will be the evolution of 5G, and we already started debating whether or not it will affect our environment and birds.

Undoubtedly, we will get much higher internet speed when accessible to us as the on-going 4G LTE. With technological advancement or digital evolution, smartphones and other devices are becoming common. That’s making virtual traffic and making the internet speed slower day by day.

In one way, we can say this is the limitations of 4G LTE, and whenever an innovation rises, its motive is to ditch the most popular one. Otherwise, it cannot get familiarity itself. Taking this concept into consideration, we can expect 5G to fulfill all of our Internet requirements.

So, what can we expect to get with the new 5G wireless network? Well, our internet speed must be ten times faster than that of the current structure. Further, we can download large files in seconds and will be able to fulfill our data cravings. Or whatever you want to substitute from the on-going 4G LTE. We might also increase our skills by removing interruptions during online classes. Besides all, do you understand what precisely 5G means?

Recommended Read for You: How to save birds from radiation and extinction?

What do you mean by 5G and its effects on the environment?

The fifth generation of wireless technology, offering much faster internet speed than you are using today.

With the advanced 5G connectivity, we can run more devices at the same time. Previously we had 4G antennas, which were directed in 360 degrees. But now we can enjoy 5G towers from multiple directions.

In this way, the interruption will be less by other signals, and we don’t need to worry about the presence of any other networks at a particular place. According to studies, 5G further provides lower latency rates, which means we can enjoy real-time responses among different electronics.

Till now, you might be thinking, “yes, we can get lots of facilities out of such wireless connectivity. But what about our primary concern, i.e., Will 5G affect our environment?

The emission of 5G is of high frequency, which lies in a range of 30 to 300 GHz. And this is the real cause of all issues.

This advanced network will use five technologies such as millimeter waves, small cells, MIMO, beamforming, and full-duplex, which provides superhero powers to the 5G signal that it can accomplish much intricate work in seconds.

Learn and read more about – Radioactive Pollution Causes and Effects with Solutions.

As we discussed, high-frequency millimeter waves range between 30 to 300 GHz, and lots of experiments are going on along such broadcasting. Such waves will open up new opportunities for providing more bandwidth to each of us which sections of the electromagnetic spectrum haven’t been used before.

MIMO (Multiple-input multiple-output) base stations have the capability to support about 100 ports at a time instead of only a dozen by current 4G stations. With such massive MIMO stations, we can accelerate the network capacity by a factor of 22.

Rather than broadcasting in multiple directions, beamforming gives an idea of a traffic signaling system. With such technology, the user experience will be increased by efficient data transfer.

This provides a way for uninterrupted and more efficient data streams and can handle multiple stations simultaneously.

Effects of 5G on the Environment

Some reports state that technologies associated with 5G will affect the environment. These reports show that Birds and Wildlife are disappearing from areas saturated with 4G.

The rise of 5G technology will increase the number of devices. The manufacturing of these devices will put stress on the environment.

Manufacturing of these devices will emit carbon dioxide, which is one of the typical greenhouse gases. It will warm the atmosphere and generate climate change.

The manufacturing of technologies associated with 5G uses essential resources that have harmful effects on the environment.

Such considerable energy usage due to establishing these networks will lead us to the end of the earth by climate change.

The manufacturing of 5G technology requires non-renewable resources, which is another case when 5G affects the environment.

The microwave and millimeter wavelength radiations from 5G stations don’t have the capability to damage living cells directly as they are non-ionizing and ionizing radiations are harmful to lives.

Ionizing radiations have high energy, which destroys cells by breaking the building blocks of atoms and known as the primary cause of cancer.

Yet, more than 200 researchers at the United Nations claimed that there is lots of damage caused by the high-frequency electromagnetic radiations from wireless network stations.

Further, these scientists have requested to take health risks by 5G connections into consideration before establishing such connectivity worldwide. They have requested by submitting a letter to the Federal Communication Commission (FCC).

Besides, governments from countries like Belgian and Switzerland are monitoring how the 5G network will affect our society and our environment.

After all of these raised disputes, the FCC still doesn’t have a concern for this and is trying to implement the plan for establishing 5G stations as soon as possible.

The most targeted places of the human body for the absorption of millimeter waves are 1 to 2 millimeters deep human skin and the cornea’s upper surface.

As our skin contains several capillaries and nerve cells, it is believed that millimeter radiation’s bioeffect may be transferred via our circulatory and nervous systems.

How will 5G Affect Birds in the Environment? 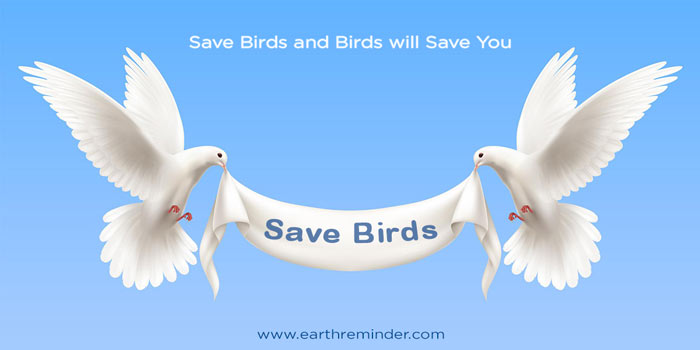 When it comes to the effect of 5G like a wireless network on birds, the 1st thing that comes to mind is movies where it’s described as such.

However, according to scientists researching the consequences of such high-frequency waves, these radiations have damaging effects on the eggs of birds.

The 5G network will have so many cells that may cause mutation in the whole population of birds.

There was some news spreading after the 5G introduced that birds are falling from the sky because of radiation.

Microwave radiations also affect nesting, breeding, roosting. With the increase in the number of conductors, there will be harmful effects on species living around humans.

Due to such connectivity further, birds have increased health problems such as issues in locomotion, plumage deterioration. Some studies also indicate the decreased nesting rates in birds.

Insects like bees, which are a critical part of our ecosystem, also have an impact on cellular devices.

Without bees, the majority of the food will be unavailable to eat. With the 5G network, many small cell base stations will increase the disturbances for birds.

In this digital era, every evolving technology has some pros and cons. If we ignore such an argument’s negative consequences, then no doubt accessing 5G connectivity will help us grow economically.

But we can’t neglect the harmful effects of Millimeter Waves on the environment.

There is a need for 5G developers to carry out Environmental Impact Assessments.

5G developers need to improve the 5G network for the environment before rolling it out widely.

How Can Titanium Products be Beneficial for the Environment?

Aluminum Sputtering and its Usage for Environmental Protection