Plastic was introduced in our life as durable and sturdy material to make our life easy. Unfortunately, in the beginning, we had not imagined the adverse effects of plastic that how it will turn into a hazardous product in the future. Plastic products are made up of harmful chemicals that affect the environment adversely in the form of air pollution, water pollution, land pollution, etc.

Effects of Plastic Pollution on The Environment

Air pollution is the primary impact of plastic pollution, especially when plastic burns. Burning of plastic products releases harmful toxins in the air that pollutes the atmosphere. When organisms breathe in contaminated air, they easily prone to various health issues like respiratory problems.

Impacts on the groundwater

Water conservation is a big concern for the whole world. All the countries are worried to think about the contamination of groundwater. Groundwater is a principal source of water for the organisms.

Now, imagine the condition of groundwater and reservoirs during the rainy season. The harmful toxins and chemicals leak whenever it rains. Eventually, these toxins reach the groundwater level polluting it for the use of organisms.

Remember massive garbage debris in the dumping zone. It contains various hazardous contaminants that seep into the soil, causing land pollution. These harmful toxins decrease the quality of soil by reducing the level of nutrients found in the soil.

The wind also plays a vital role in increasing land pollution. The wind often carries and deposits the waste to other places spreading land pollution from one place to another. As a result, the nearby area becomes infertile, affecting the growth of flora & fauna of the region.

Plastic pollution is a way dangerous situation than what we think about it. It not only increases the number of landfills and accumulations in the sea beds; instead, it is killing the life on the Earth.

Thousands of animal species are affected by plastic pollution, whether it is land or water animal. The manufacturing of plastic products includes various chemicals and toxins that contaminate the environment over a while when dumped.

Effects of Plastic Pollution on The Oceans

Plastic pollution is a worldwide crisis that affects marine life adversely. We have made our oceans a vast dumping zone. It has been observed that almost 8 million tonnes of plastic waste enter every year in the oceans; unfortunately, if it continues like this in the future, we will have to face more plastic in the oceans than fish by 2050.

Plastic pollution is spoiling the life of millions of marine organisms. The sad truth is that from top to bottom of the Earth, i.e., from the Arctic to Antarctica, plastic pollution has touched every corner of the oceans.

The massive debris of plastic waste can be seen in the ocean and sea surfaces. Plastic is life-threatening contaminants that make the life of marine animals quite challenging.

It has often been observed that ocean organisms like fish, turtle, etc. eat small pieces of plastic waste that often lead to their unfortunate death. Sometimes, the animals get tangled in plastic waste that may cause serious injuries to them.

Many animals, whether it is a small organism or a huge whale, everyone is affected by plastic pollution.

Plastic pollution is affecting the marine animals that belong to surface water, and deep-sea creatures are also affected by the same. The scientists of the Scottish Association for Marine Science of the Western Isles took samples of deep-sea creatures almost 2000 m depth. They found that almost 48% of these animals have ingested plastic waste. It proves how plastic pollution has covered each corner of the water bodies.

In the current research, it has been discovered that some fishes in the California market have plastic contains in their guts, mostly in the form of plastic microfibers.

Fishes in the North Pacific Ocean have been observed to ingest almost 12,000 to 24,000 tons of plastic waste annually. As a result, these fishes have to suffer from intestinal injuries. It may cause death in severe cases.

For example- The habitat of Hawaiian monk seal (critically endangered species) has been found containing a considerable amount of plastic debris.

Steller sea lion has also found with injuries caused due to entanglement in plastic debris (especially in packing bands). A large amount of plastic waste has also been found in the stomach of many dead whales.

Sea turtle is a vital participant in the marine ecosystem. Sometimes sea turtles consume floating plastic waste by mistake that may lead to choking, internal injury, or uncertain deaths.

As per the findings of new studies, it has been found that plastic pollution in many beaches is affecting the reproduction system of sea turtles. The most tragic fact of the research is that almost half of the sea turtle has ingested plastic waste across the globe.

You must have seen much evidence on the internet that shows how brutally the plastic pollution is destroying the lives of various seabirds. Many seabirds ingest plastic items mistakenly. Ultimately these seabirds moved to starvation due to minimal storage volume in the stomach.

The entrance of plastic in the food chain is a serious implication of plastic pollution. Being a non-biodegradable material, plastic breaks down into small particles over a period called micro-plastics.

These micro plastics in the oceans are tiny particles up to 5 mm in diameter. These micro particles may be eaten by small marine organisms, and thus it enters the food chain.

Alters the quality of water

Much scientific researches and evidence have shown that these harmful toxins can transfer into the tissues of marine animals. When we consume these marine organisms, it will have negative impacts on our health.

Marine culture is majorly affected by plastic pollution, but it is a curse for the entire planet. Land animals are also affected by this environmental issue. Plastic contains harmful chemicals that are causing serious health issues on wildlife. Even if the plastic is made for single-use, it will last forever in the environment.

You must have seen a cartoon where an animal’s head, like a dog, got stuck in a jar or container. It may amuse the children as it has been made for fun, but in reality, the animals feel extremely annoyed when they encounter such situations.

When an animal got stuck in plastic containers dumped here & there, it may cause suffocation, starvation, dehydration, or sometimes may lead to death as a severe effect.

Plastic may upset the stomach of animals.

This is one primary concern that animals are most vulnerable when they consume plastic for food by mistake. You must have seen some animals like cows, dogs, cats, etc. at the dumping zone searching for food.

The dumping zones or landfills contain a huge amount of plastic materials that animals may mistake for food. As a result, the animals have to suffer from various health issues like intestinal blockage, starvation, internal injuries, etc.

How will you feel if you have a plastic bag wrapped around your feet? Yes, it will be quite uncomfortable and uneasy to walk. Now just imagine the situation of animals that often come across this kind of situation.

Health implications of plastic on animals

Plastic that accumulates in the stomach of animals eventually leads to infections. Plastic is a tough material that cannot be digested; rather, it becomes a big reason for serious health implications in animals.

The condition becomes worst when an animal has eaten jagged plastic material. It may get stuck in the throat that stops those animals from eating and thus leads to starvation.

Ways To Save Natural Resources & Its Conservation 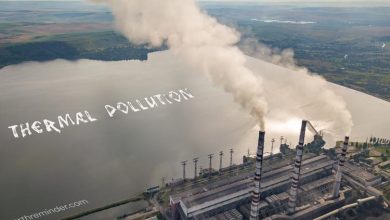 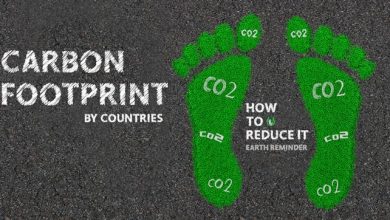 Carbon Footprint – By Countries and How to Reduce it? 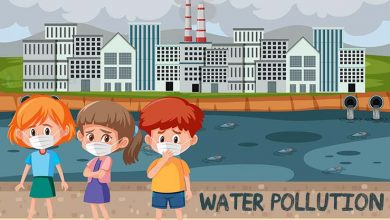 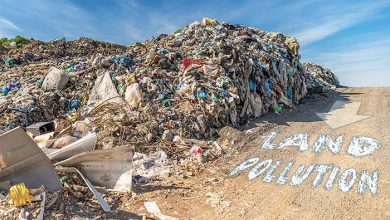