The Ethics of Animal Use: Many of the cosmetics we use today have been tested on animals first to see if it reacts in adverse ways. Needless to say, there would have been many rounds of testing to assure that it’s safe for human use. But in the process, the pain caused to those innocent animals used to go unaccounted for a very long time. 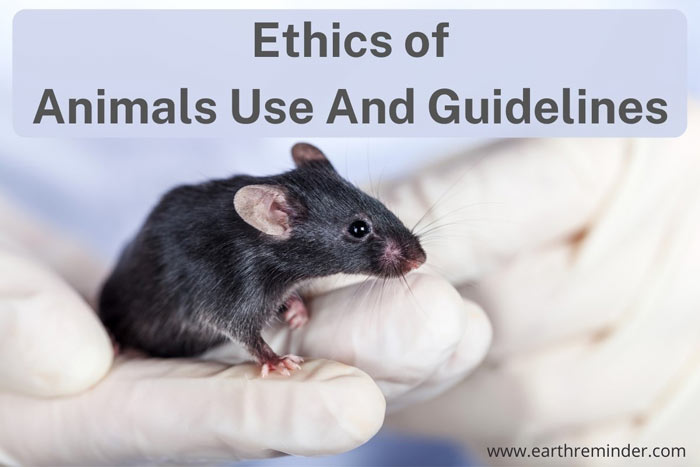 With time, as our society developed, and we gained a more nuanced perspective on things, a lot of cracks in the system came to light. People started speaking up about the rights and welfare of everything, and everyone neglected before; This is how the politics of animal ethics also developed.

Today, the usage of animals for research in the field of medicine, psychology, commercial products industry, etc., is a controversial topic. The prime issue that has come up in these campaigns is, is it moral to use animals like this? To understand this better, we have to first understand the meaning of Animal Ethics.

What is Animal Ethics?

Animal ethics is a part of the field of ethics. It deals with the moral question of how animals should be treated and how they shouldn’t be treated. It analyses the human-animal relationship by questioning it in the context of animal welfare and animal rights.

Animal Ethics says that Animals are sentient beings, i.e., they are capable of feeling the intensity of emotions. They also have an intrinsic value like humans, and this should be respected while considering the methods undertaken for the use of animals.

Our understanding of animal ethics varies according to the moral status accorded to specific animals in our society. E.g., the thought of puppies being tortured induces immense rebuke from everyone. But the reports of the pathetic condition of chicken factories don’t trouble us in an equal manner.

So, do dogs have an upper moral position than chickens? And does this make it okay to eat chicken but not dogs? These are some questions that animal ethics deals with. It also provides us with a roadmap on legislation for ethical animal use.

Ethics of Animal Use

The regulation of research on animals paved the way for the development of ‘animal ethics.’ Today, we have several guidelines on the same. Almost all countries have some form of a committee that looks into whether animal testing is required or if we can do away with it.

“The Principles of Humane Experimental technique” by W. M. S. Russell and R. L. Burch laid out the 3 R’s in 1959. They are the guiding principles behind the ethical treatment of animals.

In 1996, “NASA Principles for the Ethical Care and Use of Animals” was published by NASA, which is a guide for discussion on ethics of animal use. The document states that a strong ethical basis is necessary for any use of animals for the benefit of humans. The document outlines three basic principles, which are stated below:

Also Check: How Many Species are Extinct? 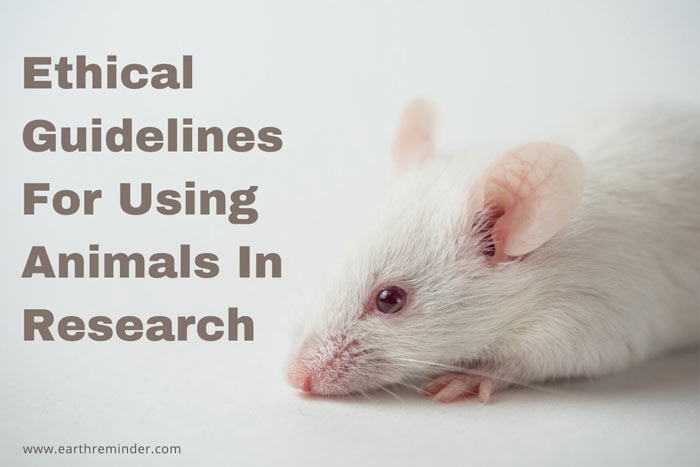 Apart from the above principles, the most influential subject matter on the ethics of animal use is the guidelines formed by the Norwegian National Committee for Research Ethics in Science and Technology (NENT).

This is the core contention of animal ethics. Any use of animals should keep in mind the dignity of life of animals. A researcher needs to have respect for the animal’s life regardless of the monetary worth or the quantity of data generated. They should also give appropriate care to the animal being researched.

It is the responsibility of the researcher to decide if alternative options can be used and if there is scope to avoid the use of animals altogether. Whatever the researcher decides, eventually, should be justifiable.

Animals experience pain while being experimented on. Is the benefit that humans get out of such experimentation worth the pain caused to animals? The ethical use of animals asks this question.

As discussed in the principles earlier, a researcher has to try and reduce the animals used as much as possible.

Suffering for any living being consists of hunger, malnutrition, thirst, pain, abnormal cold or heat, fear, stress, illness, injury, and constraints on normal behavior. We have to minimize these for animals.

Any ethical use of animals also entails the consideration regarding what effect it’ll have on the ecosystem as a whole. Recently, with the developments in biotechnology, many animals are modified to suit commercial interests. It is extremely important to see if that would upturn the biological diversity before approving such procedures.

Certain projects involving the use of animals may have on their living conditions as well. Therefore, the ethics of animal use says that we need to calculate the costs of intervening in habitat too.

If there won’t be sharing and transparency of the findings of an experiment, there will be unnecessary repetition of the use of animals for the same objective; This is unacceptable and should not be done.

The negative results should especially be made public so that researchers know what not to do for sure.

People who handle animals should have expert knowledge of the biology of the said animal. Unless this is present, there would be unnecessary pain and distress to the animal being used.

The ethics of animal use ensures that rules and regulations regarding the use of animals are well heeded.

Recommended Read: What Can We Do to Protect Endangered Animals?

Morality is a subjective topic. It varies as per time and space. However, this cannot be an excuse for us to shy away from taking a strong stance regarding the animals of our world today and the way we treat them.

It is not very tough to understand what animal ethics truly means when you apply the same principle of pleasure and pain that you would do in the case of your human friend. Let us not continue the way we have until now.

Animals, big or small, domestic or wild, have as much of a right on this planet as us. Let’s wake up and smell the coffee. Let’s keep the discussion on the ethics of animal use going on because only then will we be able to have a harmonious world in its true sense.