Do you know what refers to our earth as a “blue planet”? Well, the answer is its water content, which is about 71% all around the earth. From this, you can estimate that the hydrosphere surrounds a huge portion of the earth. 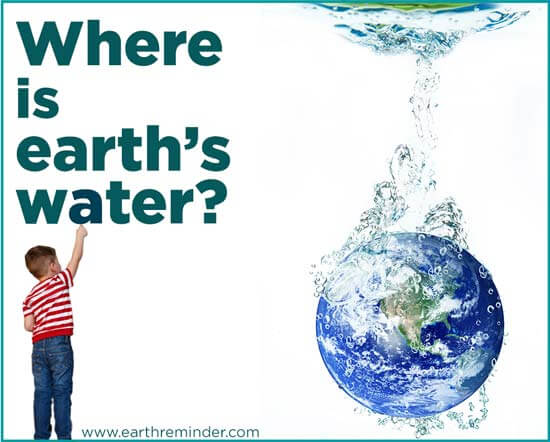 Water on earth is indeed an infinite source, but the sources of potable water are limited. If we do not take the right steps, then we might face drastic scarcity.

Every day we consume water as it will reform again and again. However, this usage rate can lead us to have to someday buy water in a pouch for everyday use. Can you imagine life without water?

Well, the first form of life was also seen underwater. From which it’s clear that water is essential for survival. We waste a considerable amount of water for several human requirements, yet the water level remains the same due to a natural phenomenon, hydro-logic, or water cycle.

That doesn’t mean the amount of water we use regularly will refill after all type of wastage. The water cycle is affected by several anthropological activities, which will prevent our water bodies from refilling itself.

Thus, if we really want to save water on earth, we need to take responsibility. For that reason, we are here with you to provide knowledge about how much water we really have for our regular use. Let’s dive right in.

How Much Water on Earth is Drinkable?

Yes, we already know that our earth is surrounded by 71% of water. But do you know the fact under this huge number? Well, it seems we have large quantities of water which will never finish. But the reality is that only 0.3 % of water is portable for our everyday use.

The rest of the 99.7% of water exists as oceans, which are further absorbed by the soils, icecaps, and also as atmospheric water vapor. However, a huge amount of water from that 0.3% is locked and unusable for humans.

This is the obvious reason why almost one billion people all around the world suffer from water scarcity. Further, the water they are getting is not pure enough to drink and use.

Besides the limited water supply, a considerable amount of water becomes polluted due to chemicals, heavy metals, pathogenic microbes, and other industries as well as agricultural wastes. And direct intake of these causes several deadly water-borne diseases.

According to a review, around 60% of portable water belongs to 44% of the earth’s landmasses, i.e., nine major countries with 35% World population.

Below are the explanations of how much water is available for drinking and other usages. Let’s have a closer view.

Also Read about: How can we conserve water daily?

Surface water refers to all forms of water available on the earth’s surface. This can either be oceans or any other freshwater reservoirs. However, here we need to discuss how much water is present for drinking.

While supplying water, the problem of polluting it also arises, which further limits the availability of drinking water to humans. The freshwater is found in many different forms and places. It seems like we have plenty of water; however, the total amount of freshwater for human use is limited.

Three different kinds of surface water are found. These are such as perennial, ephemeral, and human-made. The water we found at all the seasons in a year is known as permanent or perennial surface water.

Human-made forms are also considered as surface water resources, and those involve constructed dams and wetlands.

It is considered as the major source of water and consumes approximately 80 percent of the water daily. It was estimated that, on a daily basis, about 327,000 billion gallons of surface water was utilized by the United States of America in 1989.

Not only for us, but wetlands are also habitats for several plants and animals.

Public supply and irrigation are two functions where a majority portion of surface water is used. However, about 97% of the earth’s surface water resources include oceans.

But we can explain that the oceans have a great contribution to other forms of potable water. This is because most of the water evaporates for hydrologic cycles from our oceans.

There are several factors affecting the precipitation, which is essential to maintain our drinkable water resources. One of the major causes is climate change.

Tracking of surface water is done through satellite imagery and also by surface water measurements. It is crucial to know how much surface water is influenced by human activities so that we can reverse it and save our earth from potable water scarcity.

Recommended Read For You: Types of Marine Ecosystem with Characteristics

We can describe groundwater as the amount of water stored in the ground that is below the soil with 100% saturation, which can be referred to as soil moisture if found less than 100%.

Groundwater generally stored the underground. Now you might have a question, is there any space or how the water can be stored deep under the soil. Then the answer is straightforward. Groundwater’s are available in the cracks and openings of soil, rocks, or sand.

Rather than drinking, we also use the groundwater for agriculture and irrigation purposes. This form of freshwater further helps in the filling of surface water bodies.

Percolation of rainwater is the major cause of increased groundwater. Soil quality and type of soil also has a role in the infiltration process.

Groundwater moves or travels through pores in soil and rock, and fractures and weathered bedrock areas. Here comes a term porosity, which refers to the total number of pores available in rock and soil. Also, another term, permeability, is related to the ability of water to flow through the cracked rock or porous soil.

Aquifers exist as the primary source of underground water. We can extract a considerable amount of water from these storage houses.

Glaciers and icecaps are cited as the storehouse for freshwater. They hold together approx 10 percent of the total landmass of the world’s land.

Ice caps refers to a thick mass of snow extended largely to a huge surface area of the earth. Most of these are present in the polar region of the earth.

These glaciers largely come across in Greenland and Antarctica. Glaciers almost cover the entire landmass of Greenland. Snowfall accumulation plays a major role in forming glaciers.

In dry seasons, mountains with glaciers and icecaps play a major role in irrigation and drinking water supply. Also, some amount of this snow form of freshwater helps in the increase of surface and groundwater bodies.

According to several studies, Glaciers are the primary factors affecting the land’s physical characteristics (topography). Further, lakes and valleys originated from some ancient glaciers, for instance, the Great Lakes of North America.

Also Check: How can we prevent ocean acidification?

Water on earth is an infinite source, but the usable water is limited to a few resources. That is the reason why we should sustainably use water so that our future generation wouldn’t suffer.

Awareness is a great thing our government and other organizations are performing. But, the real protection of water will occur when each person on the earth becomes aware of how much water they are losing.

All forms of water, including glaciers, ice caps, groundwater aquifers, and also surface water, should be used in a controlled manner in order to maintain its quantity.

Besides large wastage of water, a considerable amount of water is also becoming useless due to the rapid increase in pollution, mostly through fossil fuels and other harmful chemicals.

Our efforts will result in a huge change in our natural resources and quality of life on earth.

How to Control Environmental Degradation?