Role of the Environmental Protection Agency: 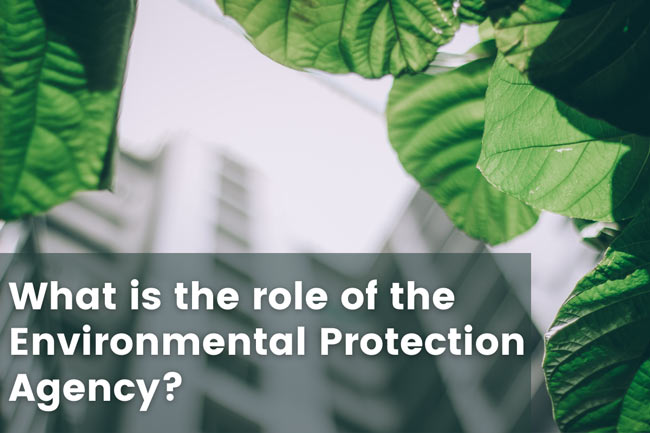 As the Industrial Revolution showed its effect on the environment of our whole planet, the USA was especially affected. There were rising concerns for the protection of the environment. Therefore, in 1970, the president of the USA, Richard Nixon established the EPA. Let us look at and try to understand what is the role of the Environmental Protection Agency.

Why was the Environmental Protection Agency created?

As a society, we didn’t know a lot about our environment back in the 1960s and 1970s. Slowly, as civil society developed in America, an ecological consciousness also started developing among the population. The contaminants present in an environment are in varied numbers and together they have an effect on our planet. This synergy between pollutants needed to be slowed down and regulated.

Unregulated contamination of the environment has a damaging effect on the health of humans, the quality of flowers and plants, and our climate on this planet. As experts and scientists struggled to understand the effect of all this and fit all the pieces together; they also needed to find solutions. Certain environmental problems had already taken a serious form and were demanding a proactive approach to solving them.

Therefore, the arrival of a central agency was the requirement of the hour. The Environmental Protection Agency was set up under these circumstances. Its primary aim was to consolidate, evaluate, and improve the knowledge that they already had. While this was being done they also needed to apply the already existing environment restoration techniques. Basically, what was required was that they attend to urgent issues and simultaneously also create resilience for the future.

Today, after almost five decades, there is still a technology gap in certain areas when it comes to controlling pollution. However, the Environment Protection Agency has been successful in abating the major polluting sources and has been quite helpful to the cause of environment protection. EPA has worked for forecasting and assessment of environmental indicators. It has also brought information into the public domain so that everyone involved can make informed choices.

What does the Environmental Protection Agency do?

The EPA is headquartered in Washington D.C. If one had to describe it in a simple way, the EPA basically converts the major provisions of laws passed by Congress. It turns the complicated stuff into regulations and programs that the public can understand easily. Along with them, the target group of EPA is also industries, which is those who need to follow them. Apart from this, the EPA breaks down large amounts of money into smaller parts. This is distributed to states as well as other entities.

The distribution has a specific purpose which is explained in the environmental laws. This can be seen in the form of funds needed to regulate environmental programs by the state or the construction of sewage treatment plants. These funds enable the EPA to oversee and provide much of the environmental protection that the United States enjoys.

The EPA also has to determine a level of chemicals that is safe for tolerance by people in terms of food, animal feed, and water. If during its finding, the EPA realizes that the level is higher than allowed, then it enforces sanctions. It also has the power to fine the industries.

It has many purposes. To understand the role of the Environmental Protection Agency let us look at them one by one. The work of EPA is to make sure that the following is happening:

The enforcement of laws by EPA is a very important part of what it does. It protects not just the environment but also the community in the end through its programs. The Environmental Protection Agency (EPA) is responsible for enforcing laws such as the Safe Drinking Water Act, the Clean Air Act, the Clean Water Act, and the National Environmental Education Act. Some of these have existed since even before the agency was formed.

Crimes related to Environment Protection are enquired into by the EPA. Such crimes and offenses are categorized into two – civil and criminal. Civil offenses are the ones in which the intention to harm the environment is not clearly present and the criminal ones are those where it is evident that harm was caused. Both of these are punished in a different manner and as per the laws in place.

Conclusion: In our world today, bodies like the Environmental Protection Agency are of utmost importance in maintaining our environment. Let us help them by being aware of what they do and our role in it.

How Does Biodiversity Affect the Stability of An Ecosystem?