We humans take great pride in our ability to think. If we think from this perspective then the smartest animal on Earth would be humans. But the reality is that smartness isn’t the narrow concept we perceive it to be. Therefore, some of the other animals might turn out to be very smart too. The top 10 smartest animals in the world are some of our very common ones like crows and an elephant! 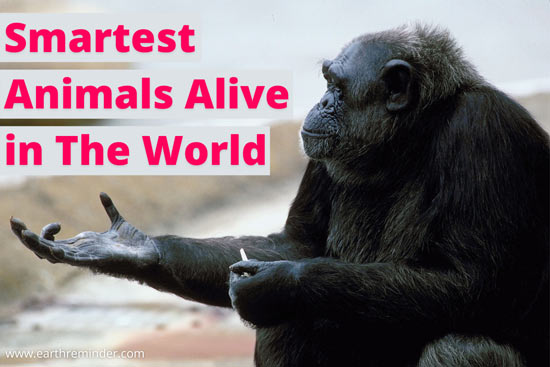 What Are the Top 10 Smartest Animals in The World?

These animals have not just survived millions of years through evolution but they have also adapted to the present world pretty well. So, which are the smartest animals alive today? Let’s read ahead to find out.

From movies to books and poems, many have shown crows as creepy. Crows are shown whenever something bad is about to happen. In real life, crows have an amazing sixth sense like most other animals. They can sense things much more quickly than we humans ever will. 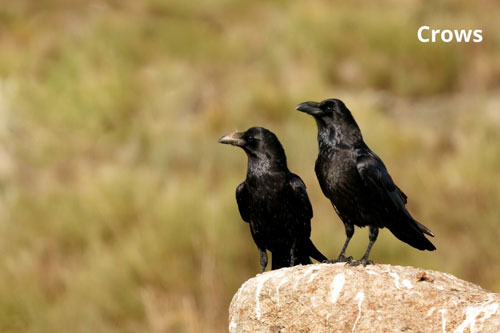 Crows are one of the smartest animals on the planet because of how great their memory is. They can remember routes amazingly well and find food easily. They also eat almost everything and keep the environment clean. We have many funny videos on the internet where a crow is shown attacking someone. The truth is that crows can hold a grudge for very long. They are so smart that if you even remotely hurt them, revenge will be taken!

Portrayed in movies as kind and funny animals, chimpanzees are pretty smart too. Similar to humans, chimpanzees inherit their intelligence from their genes too. They can use words and sign language to demonstrate human-like behavior. They are also great at protecting their own in very interesting ways. 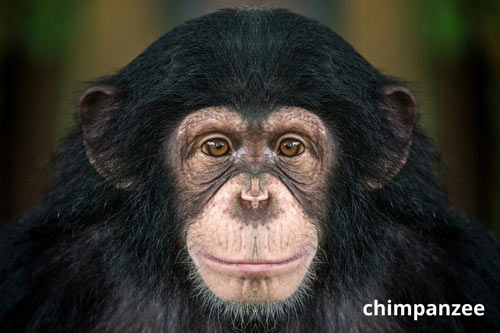 Chimpanzees are able to use modern-day tools like spears and spoons etc. for themselves.  They also show a range of emotions like humans and therefore are capable of better communication.

One of the smartest animals alive is a Racoon. They are tiny and fast. They can get in anywhere they want and therefore are the cutest little burglars. The smartness of Racoons was proved in a study conducted in 1908 in the US. During the study, they found how fast and efficient the raccoons were at picking any kind of lock. This means that they not only understand patterns but are also able to apply them in practice. 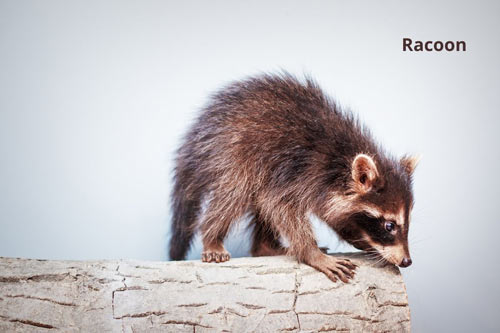 Raccoons are also great at adapting to the seasons. The smartness of an animal is shown best in the manner they protect themselves. Raccoons are perceived to be harmless but they can put you to the ground pretty well if you mess with them.

Dolphins are majestically beautiful. We all know and love how peaceful it is to come across a dolphin. They are no less in intelligence either. Dolphins have the highest brain-to-body size ratio after humans. They can show a range of emotions and mimic others very well.  Some dolphin breeds like the Gangetic dolphin are amazing at knowing their routes even though they are blind. 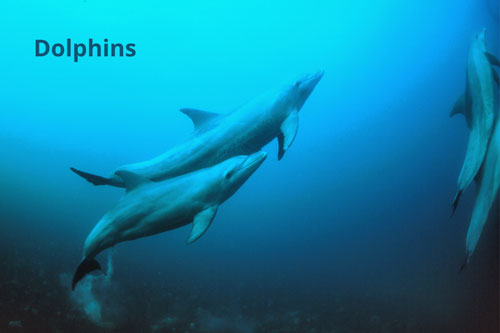 These huge animals are mostly used as carriers or in a circus. They come across as very quiet animals who mind their own business unless provoked. It is not common to think of them as a smart animal but we couldn’t be more wrong. The brain of an elephant has almost as many neurons as a human brain. 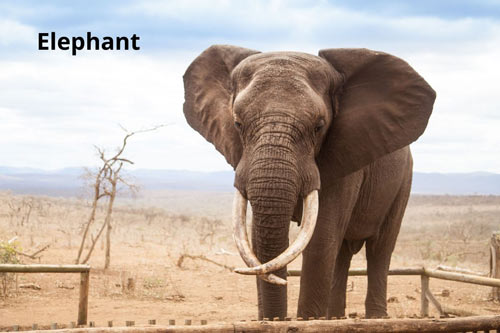 Their memory is so advanced that they can spot one of their own even after decades of not meeting them.  Elephants can recognize themselves in a mirror and show excellent coordination skills too!

Being called a pig shouldn’t be a bad thing anymore when you learn how smart pigs actually are. A baby human takes several months to understand the concept of reflection. But a baby piglet takes only a few weeks to understand this. Research has shown how they could quickly understand mirrors and get to their food. They can also learn tricks so that they can win faster than others and hog more food. 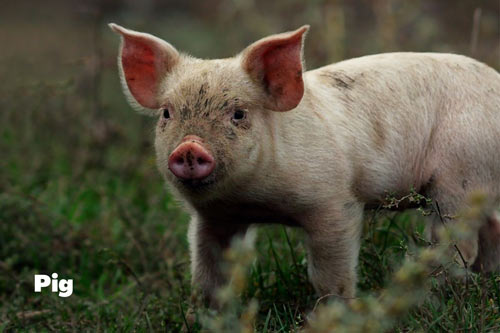 Cows might come across as animals who just stand and chew their food and give milk. But there is another side to the story too. Cows show a variety of complex emotions like stress and sadness. They understand the concept of friendships and community. Cows gather together with only those other cows which treated them nicely.

In Research, it was also found that cows have an emotional reaction to reward. When rewarded after a task they show happiness. This means cows are smart enough to understand the concept of learning growth.

Has a honey bee followed you before? If yes, you must know how smart they are. Honey bees have a democratic way of functioning. They build almost 40-50 thousand occupancy colonies and live inside them. The honey they produce has miraculous quality. They have something known as ‘swarm intelligence which means they are super intelligent as a group. 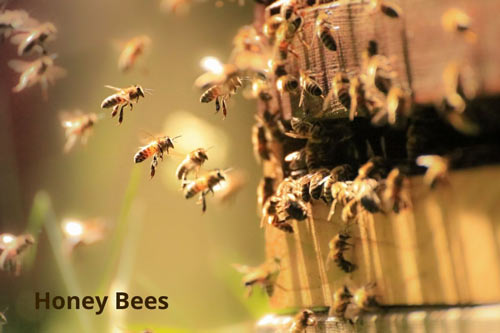 When faced with a disagreement, honeybees hold a ‘dance off’. It sounds funny but it’s amazing how quirky and organized they can be. If only our politicians also resolve their differences this way!

Squirrels are so quick and careless sometimes that we have developed the phrase ‘being squirrely’. We have seen them dart and leap from anywhere if they see food. They are great at hiding food too! Research shows that they are smarter than that. This is why they find their name among the list of smartest animals in this world. 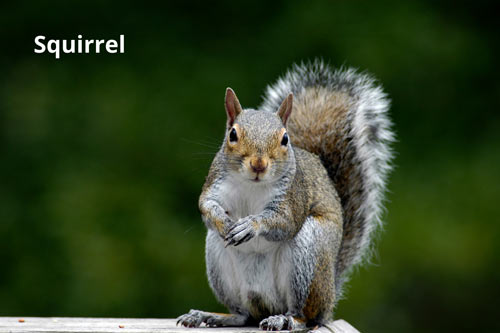 A study has found that squirrels sometimes act like they are hiding their food somewhere. In reality, the food is someplace else. Squirrels do this to mislead any thieves. It’s ingenious, isn’t it?

We all know that the Rats have a bad image. We shriek and run away when we see one. And, we deep clean our house if we suspect a rat infestation. All of this is right but there is another facet to it. Rats are also one of the smartest animals in the world. There is a reason why they are the most used animals for testing. 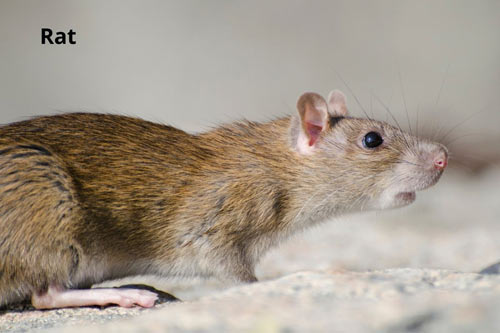 The brain patterns of rats are similar to ours. They show a great capacity for understanding patterns and tasks. It was seen that rats could solve and get through a maze quite efficiently. This is how they can fetch food no matter where we keep it!

The top 10 smartest animals alive on earth are very interesting ones to read about. Aren’t they? This is because we don’t always think of animals other than humans to be ‘smart’ per se. As we have seen above, animals are sometimes smarter than us. They are kinder to the planet too. These animals have gone through generations while also helping the environment around them thrive. We can learn a lot from these animals. So, let’s look around and learn from these smart animals.

What Are the Types of Natural Resources?

Why Should You Own a Dog?