What Are the Different Types of Mountains? Earth’s landform is not the same everywhere; it varies from place to place. Moreover, it does not remain the same. Over time, it changes depending upon the geographical activities. Similarly, the mountains that we see today were not always there.

They formed over millions of years. Earth’s internal and external activities shape its surface and lead to the formation of mountains.

Want to understand the process of mountain formation? What are the different types of mountains, and how are they classified? Read along to learn in detail all the characteristics of mountains.

The snow-covered, high rising landscape with a sharp peak reaching the sky is generally called Mountain.

Here are some peculiar characteristics of mountains:

What Are the Different Parts of The Mountain?

Mountains may seem to be a single landmass rising to the sky. However, there are different parts of the mountain;

What Are Mountain Ranges?

When peaks of mountains are arranged one after the other, they form a long chain of peaks, often called a range or mountain range.

Some of the mountain ranges on Earth are:

Before you can understand the types of mountains, it’s essential to know how they are formed.

The process of mountain formation is called orogenesis.

Types Of Mountains with Characteristics Four Types of Mountains According to Their Origin

What Are Folded Mountains?

Folded Mountains are the most common type of mountain on Earth. Some of the highest rising mountains on our planets are folded mountains. 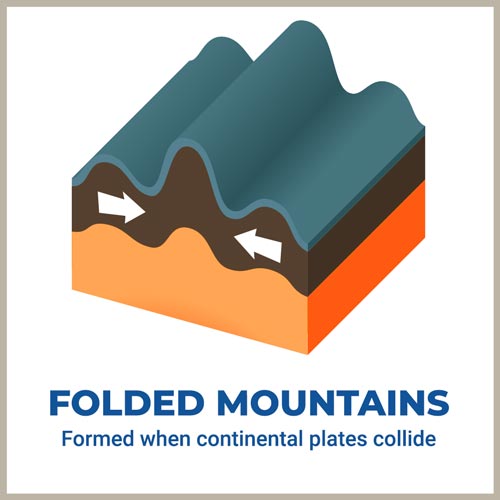 The folded mountains could continue rising as the tectonic plates keep pushing each other. The Himalayas, for example, are still rising.

There are mainly two types of Folded mountains:

Old Folded Mountains: Old folded mountains are those mountains that are more than 25 million years old. They have a broad summit due to the wear of Earth’s geological activities. The Urals are an example of an old, Folded Mountain.

What are Fault Block Mountains?

Another mountain that is the direct result of the movement of tectonic plates is Fault Block Mountains. 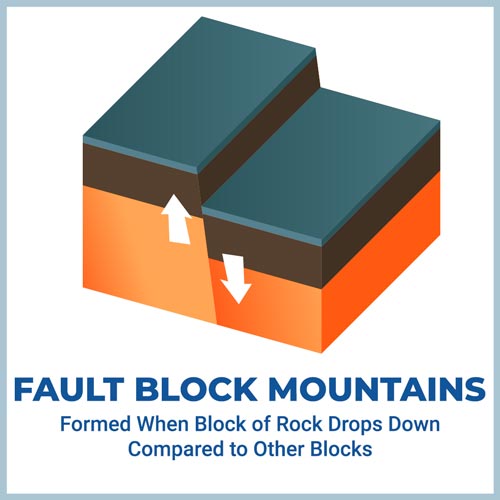 There are two types of Block Mountains found on our planets;

Tilted Block Mountains: Tilted Block mountains are characterized by a gentle slope on one side and a steep slope on another side.

What are Vault or Dome Mountains?

Dome mountains do not involve the movement of tectonic plates. Instead, the movement of molten rocks or magma under the Earth’s surface results in the formation of Vault or Dome Mountains. 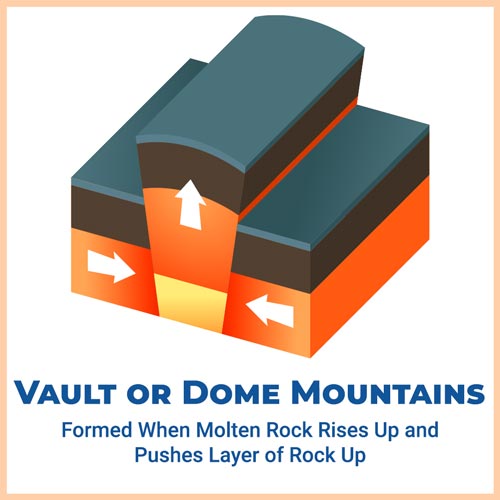 What are Volcanic Mountains?

A volcano is a vent in the Earth crust, through which magma rises and erupts to the surface. Volcanic activity also pushes the nearby regions upwards to form the volcanic mountain. 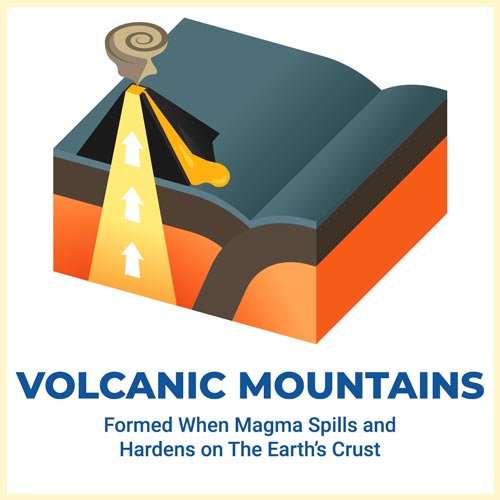 It’s evident that different types of mountains adorn Earth’s surface. Some sharp, some narrow, some with the broad summit, and some ranging thousands of kilometers. But it’s Earth’s geological activity that gives rise to various kinds of mountains. The forces that pushed mountains to the skies are still active and are constantly at work, creating new mountain ranges and pushing the older ones further up the heights.

What Happens If the Amazon Rainforest Disappears?