By visioning our future, in 2015, the united nations member states had made some goals for the development of nations from each area. Not only the grown countries but all countries are bound to follow these goals to fulfil the overall development until 2030.

According to the 2030 plan, the United Nations member states develop 17 sustainable development goals to protect our environment, wildlife, and human society from any kind of concerns.

It first started to implement in 2016, and in the past five years, there is a significant change in the report. We will discuss the story in each section later. Now, let’s have a look at those 17 goals briefly. The first sustainable development goal aims to eradicate poverty from every part of this world. Extreme poverty means people cannot get their basic needs like water, food, or proper Sanitation, clothes, and land.

We made remarkable progress to remove poverty from 1990, like that time the world had 1.9 billion people in poverty out of 5.2 billion people. Today, in 2020, 1.3 billion people across 101 countries are multidimensionally poor. There are lots of other statistics and data.

Until 2030, goal two aims to fulfil the food requirement to every corner of the world. Now lots of countries can grow their food which can be affordable for all. But still, there are about 821 million people (according to the 2017 report, which rises from the report in 2015 worldwide) who are hungry, majorly women and children.

About 237 million people of Sub-Saharan Africa and 277 million people in Southern Asia, fight against extreme poverty, comprising about two-thirds of the entire population. So, it’s crucial to work on this issue.

The third goal guarantees sound lives and advanced prosperity for everybody of all ages. The millennium development goals (MDGs) take significant steps for global health to reduce the mortality rate by malaria, tuberculosis, or AIDs like diseases and take care of mother and child.

Not only infectious diseases like the above but diseases like narcotic abuse and diabetes is also its aim. In these recent years, death from such reasons decreased from 9.8 million to 5.4 million.

The occurrence of AIDs in adults also declined by 37% from 2000 to 2017. The death rate by measles is also reduced drastically through vaccination. Moreover, it’s trying to provide possible knowledge to everyone regarding sexual and reproductive health.

Objective four means to provide complete and impartial quality instruction to advance deep-rooted learning which will open doors for all.

According to the recent report, about 750 million adults remain illiterate, among which two-third are women.

This goal was made by thinking beyond the necessary education and measures the requirement to provide vocational training along with primary school and even emphasizes the quality and equity of education.

Another reality that comes from the research is about 617 million children, and adults lack reading and mathematics proficiency. More than half of the schools don’t have access to the necessary facilities for children in Sub-Saharan Africa.

From the 17 sustainable development goals, Goal five has an eye on achieving gender equality and empowering all girls and women.

About 18% of women and girls aged 15 to 49 years, experience physical or sexual violence by their partner. Increased by 19% from 2010, now about 24% of parliamentarians are women.

Another report shows that at least 200 million girls and women have been subjected to female genital mutilation, and half of them are west Africans.

One good thing is that child marriage is reduced by 40% since 2000; still, around 30% of women were married before 18. This evidence ensures the fierceness of society on a girl or woman, which must be changed.

The next goal is to ensure sustainable management of water and proper Sanitation for every country.

Without central drinking water administration, around 785 million individuals —2 out of 5 essential overall individuals don’t have a handwashing facility with cleanser and water at home.

Here the point is that, by 2030, 700 million individuals could be uprooted by a serious water shortage.

Also, if we talk about Sanitation, the report says 673 million individuals (9% of the worldwide population) practice open poop, most of which are from Southern Asia.

Goal 7 out of 17 sustainable development goals aims at developing affordable and clean energy to reduce our non-renewable energy consumption.

With regards to power utilization, 9 out of 10 individuals in this world can approach electricity. About 3 billion people lack clean fuels and technology.

Further, about 17.5% of total energy consumption comes from renewable energy. Besides, people living in rural areas without electricity are about 87% out of 840 million people.

In the year 2018, the worldwide joblessness rate is 5%, and one-fifth of youngsters are not in instruction, business, or preparing.

This is a big goal, which helps countries to compete internationally. But according to a recent study, it comes to know that industrialization in LDCs (less developed countries) cannot be accomplished by 2030.

You can better understand this by identifying the manufacturing value-added per capita. In Europe and northern America, the assembling rate included per capita is $4936, while in LDCs, it is $114.

Another good thing is digitalization. That means about 90% of people live around a 3G or Higher networking area, but a maximum of them can’t afford it.

Until 2016, the global investment rate has increased to $2 Trillion for research and development than $739 Billion in 2000. 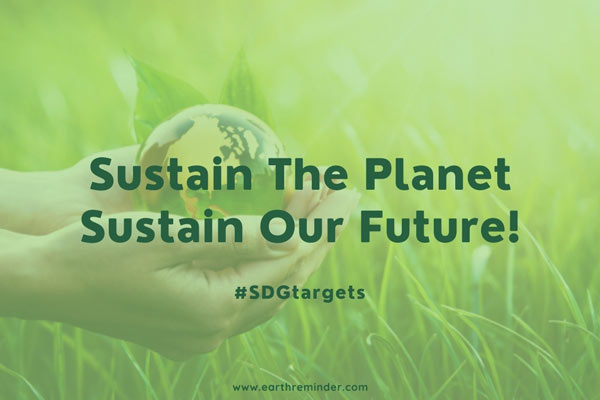 Out of 17 sustainable development goals, goal 10 has an intention to limit inequality within and among countries.

The income of the bottom 40% of our population grew faster than the average of a nation in more than half of the 92 states with data.

From preferential trade status, low development countries are getting profit. As compared to 51% of developing countries, LDCs have about 66% of products receiving duty-free treatment, according to a 2017 report.

There are migrants everywhere, and thus it’s essential to work on protecting their rights and socio-economic well-being.

In 105 countries, about 76% of migrants had policies to migrate safely, regularly, and orderly. In the same survey, it was found that 54% and 57% of migrants planned on migrant’s rights and migrants’ socio-economic well-being, respectively.

The next goal has a primary objective of creating cities and human settlements safe, global, sustainable, and flexible.

According to the 2019 report on the progress of the 17 sustainable development goals, 150 countries have developed national urban plans, with almost half of them are on progression.

Still, about 2 billion people don’t have access to the waste collection service, 1 out of 4 urban residents stay in the slum-like situation. And only 53% of urban residents have significant transport facilities.

Goal 12, within the 17 sustainable development goals, has an eye on accomplishing a controlled and solid utilization and creation.

Worldwide estimations state the rapidly growing material footprints due to exceeding population and economic growth worldwide will reach 190 billion by 2060.

In high-pay nations, the material impression per capita is 60% higher than in upper-centre pay nations and about 13X more than low-pay nations.

To promote sustainable consumption and production, nearly 100 countries are adopting policies and measures.

This goal has the intention of taking urgent action to fight climate change and its impacts.

This objective has the aim to make pressing moves to battle environmental changes and their effects- another great objective made. For faster sustainability, we should follow this.

Atmosphere-related and geophysical calamities asserted and estimated is about 1.3 billion lives somewhere in the range of 1998 and 2017. The global mean temperature in 2018 is roughly 1°C over the pre-modern benchmark.

According to the 2017 report, the atmospheric concentration rate is 146% of the pre-industrial level. Maybe this estimation is now changed due to the pandemic COVID-19.

Our aim is the reduction of carbon emission to zero until 2050 to diminish global warming. Investment in fossil fuels is about $781 billion, higher than the investment in climate change, i.e., $681 billion.

From the 17 sustainable development goals, the 14th goal has the purpose of economic utilization of the seas, ocean, and marine assets and their preservation.

About 26% of ocean acidity has increased from the pre-industrial time, which decreases the carbon absorption ability of oceans. Such a negative impact affects life below water severely.

In the past years, the proportion of feedstock within the sustainable biological level decreased to 67% from 90%.

Nearly 104 from 220 coastal regions successfully improved their water quality. About 87% of countries are signed on port state measures. It is the foremost binding international agreement on illegitimate unreported and unregulated fishing.

Goal 15 has an objective to protect, restore, and promote sustainable use of terrestrial ecosystems. It also has an eye on sustainable management of forests, and desertification.

Land degradation causes one-fifth of the earth’s land areas to affect the lives of 1 billion people. The global mean percentage of each key biodiversity area covered by protected areas has increased by 39% terrestrial area, 42 % freshwater, and 34% mountain regions.

One hundred sixteen parties ratified the Nagoya Protocol (focused on access to genetic resources and fair and equitable use).

16th goal targets to encourage peaceful global societies for sustainable development. It offers access to justice for all and builds accountable, effective, and universal institutions at all levels.

Around 80% of women are victimized and killed by domestic violence all over the world. At the same time, the number is 64% in the case of men.

Moreover, women and girls are mostly trafficking by sexual exploitation. Human rights defenders, journalists, and trade unionists across 41 countries are the sufferer of murders without any records. About 73% of children under five get birth unregistered globally.

SDG-17: Partnerships For the Goal

And the last goal out of 17 sustainable development goals is to make global partnerships. It has the ambition to enhance the way of achieving the objectives to promote the Global Partnership.

Over 80% of people in developed countries are online in comparison with 45% and only 20% in developing and LDCs, respectively.

Besides, in sub-Saharan Africa, under one-fourth of measurable national plans are completely financed. In 2019, settlements (an activity of sending cash as an installment or blessing) were the biggest wellspring of outside financing in low and centre pay nations.

Further, we must multiply about 0.33% of the all-out ODA to factual limit building objectives by 2030.

The United Nations made all 17 sustainable development goals to develop the world fully so that people can live their lives securely and peacefully. Here an action plan is crucial which can only be possible by the cooperation of us.

Each goal has its unique intention, and it’s hard to describe everything in a single article. If you want a detailed explanation of UN sustainable development goals, then comment down below, we’ll work on that.