Why is the Earth round?

The third planet is the Earth from the sun, and the only astronomical object acknowledged to have life. According to the radiocarbon clock and radiometric dating estimation result, the Earth was created over 4.5 billion years ago. Earth’s gravitational force attracts other objects in space, especially the Sun and the Moon, which is the Earth’s only natural satellite. Earth completes its rotation around the sun in about 365.25 days; And comprises that Earth is round.

Also Read: Why Earth is called a blue planet?

How we know the Earth is round?

Before going towards why planet earth is round, Let’s understand why flat earthers believe the earth is flat.

Why is the Earth flat, Not round?

Some philosophers stated Earth as a flat surface because of the feeling we get while walking over it. They have a strong belief that Earth has a two-dimensional structure rather than a three-dimensional spherical appearance.

They thought that the theory is given and promoted by NASA and other governmental organizations, i.e., “earth is spherical” is a worldwide conspiracy.

Those philosophers who were debating on Earth’s shape had an imagination that the plate-like Earth has an arctic center and is guided by a wall of 150-foot-tall Antarctica.

According to their Society(flat-earthers), no one has ever passed that ice wall; And shared their success story to prove that the Earth is round.

The group ideology describes that” What they believe is that it encircles the Earth and serves to hold in our oceans and helps protect us from whatever lies beyond.”

By seeing the difference in color contrast of NASA’s satellite images, they blamed that the images were blended and changed before being published.

The flat earth theory remained as a dilemma for years. However, the group gained a vast familiarity with social media in the past few years.

There are several major groups and pages on Facebook supporting and promoting the flat Earth theory. Some of these pages have more than 200,000 likes.

Flat-earthers have put significant efforts to renew that theory through their website. As well as the strong defenses of their views, they appear in media interviews and on social media platforms; This proves the reality that this community actually thinks of the Earth as a flat structure.

Further, it is propelled up by black energy – an inexplicable and divine power. And also, flat-earthers argue about Einstein’s theory of relativity that “whether or not it allows earth to accelerate upward indefinitely without the planet eventually surpassing the speed of light.”

Also Check: Why Earth is called a Unique Planet?

Who Discovered that the Earth was Round?

Greek philosophers firstly described our Earth’s shape and argued that it is not flat. Eratosthenes (a Greek geographer) discovered the earth is round and not flat by carefully doing experiments, i.e., calculating the circumference of the Earth by observing differences in the sun’s angle from two different locations.

In the 6th century BC, a famous Greek Philosopher Pythagoras also illustrated the spherical structure of our planet.

After that, another Greek philosopher Plato gave rounded earth philosophy.

Proof of Earth’s spherical shape was further proved and verified by Plato’s student Aristotle. After studying Aristotle’s research work, several other experiments were conducted to reveal the shape of our Earth by analyzing numerous physical phenomena and characteristics.

How to Prove the Earth is Round? Some proofs are: 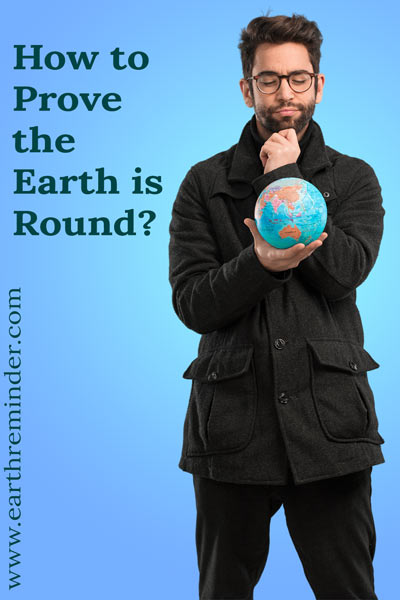 Picture a vast plane but only with one tree smacks in the middle. If the argument were valid, then you might feel the same way whether to climb a tree or remain at the bottom.

However, the further you climb, the further your line of vision will spread to the horizon. That’s because the flatness of Earth makes you see the end, which actually is infinite due to the curvature of Earth doesn’t allow us to see.

We all know the facts regarding solar eclipse; however, there is another evidence if we move our attention towards the lunar eclipse. Here the scientific fact of the lunar eclipse describes that it is the result of the Earth’s movement when it becomes linear with the sun and the moon. As a result, the sun applies the shadow of Earth over the moon, causing an eclipse, and the orange shades on the moon indicate a near lunar eclipse. 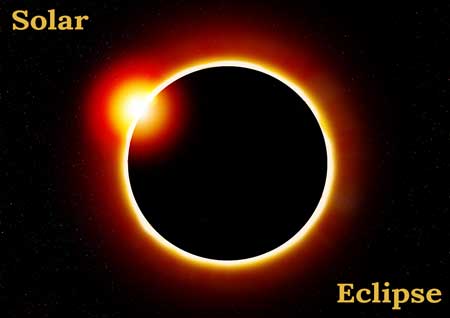 That means by observing a lunar eclipse, we can determine the shape of the Earth, which you probably have noticed before. This provides another piece of evidence that our Earth is not a flat body.

Select a point to watch a sunset (this point X). Ideally, you’ll have a bright and clear horizon in front of you. We can prove our Earth’s sphericity by finding a point and watching the sunset there. In that place, you must have a bright and clear vision. Let’s take this point A. Now we need another point Y from behind, which we can access quickly, i.e., a high point such as a hill, a building, or a huge tree. Now let’s observe the sunset from point A.

And once the sun is out of your sight from point X, quickly move to point Y. With the add on height provided at point Y, you can see the sun above the horizon.

And that’s why the Earth is round, not flat. That’s because if that argument was real, we can’t be able to visualize the sun after it had once out of vision from the former site. The spherical nature of Earth makes you observe the sun after changing the site of vision.

Well, all the above evidence to prove our argument is enough; however, we want to represent the last one.

That’s why the Earth is round, not flat, because if the Earth is flat, it will disappear due to increasing distance.

Also Read: How much water is there on Earth?

The proof for the round, rotating Earth is sufficient, logical, and irrefutable, and we can observe and confirm much of it by anyone willing to look for it. You don’t need a research award and needn’t be a member of the scientific enterprise. The proof comes from many independent actual and natural phenomena. And the analysis of that evidence is straightforward enough to understand even without a degree in physics or astronomy.

How Does Plastic Harm the Environment?

How to Prevent Soil Degradation?