International tiger day is also known as World Tiger Day. The day is dedicated to the beautiful big cat, i.e., tiger. Tiger is an important species of the animal kingdom. It plays a vital role in the food chain and to maintain balance in the ecosystem. 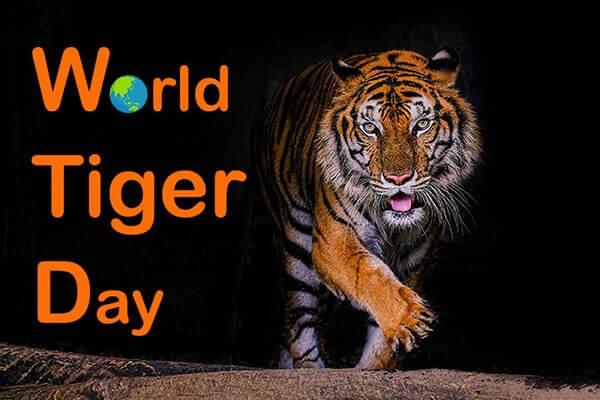 Unfortunately, this amazing animal has become threatened due to various reasons such as poaching & illegal trades, loss of habitat, climate change, increase in tourism activities, some kind of diseases, etc. These threats have increased the risk factor of the extinction of tigers across the world. Therefore, the world tiger day was observed the first time in 2010 to deal with the decline in the tiger population.

World tiger day came into existence in 2010 in an international summit, i.e., Saint Petersburg Tiger Summit held in Russia to encourage the efforts of tiger conservation. In the summit, the declaration was issued by them, and governments of tiger-populated countries vowed to double the population by 2020.

world tiger day importance: Since 2010, we celebrate the day on 29th July every year to raise awareness about the protection of tigers and their habitat as well. Every year many animal organizations like WWF, IFAW, and the Smithsonian Institute, organize various events to celebrate the day.

As you go along with history here, you will get to know the importance of world tiger day, including positive improvements each year.

These 13 countries came together to create Tx2, i.e. to achieve a global goal to double the number of tigers by 2022.

This was just the beginning of the global tiger day that was declared in 2010. The day was an excellent opportunity to highlight the work done by WWF conservationists in 11 Asian countries to save tiger programs.

WWF’s efforts for tiger protection are showing positive results. The studies done since March 2011 showed the improvements in the number of tigers:

Tigers were the part of a country’s heritage; hence it was our responsibility to conserve these big cats for us and our future generations. The tiger-range countries took part in world tiger day, organizing various events and activities.

India, being the leader in the population of wild tigers, took the initiative to protect these species. The country took several measures to celebrate the day, such as guidelines for tiger safaris to minimize pressures of ecotourism, aerial surveillance, preserve their habitats, smart patrolling, conservation of its population, etc.

It is quite surprising to know that there were more tigers in captivity than in the wildlife. The area of 13 tiger-populated countries of Asia is a vast area for wild tigers to live, but unfortunately, very few numbers (close to 3000) are roaming in the wilds. The fact is that we have lost almost 97% of a wild tiger in the last 100 years.

In 2013, in Kunming, China, the 13 tiger-range countries marked the 3rd international tiger day. They launched the new phase of implementation of their GTRP (Global Tiger Recovery Program) for tiger conservation.

In 2014, IUCN started the Integrated Tiger Habitat Conservation program with the support of German Govt. and in partnership with the German Development Bank KfW. The projects that will be run under this program will focus on monitoring the population of the tiger & its prey, securing habitat for them. 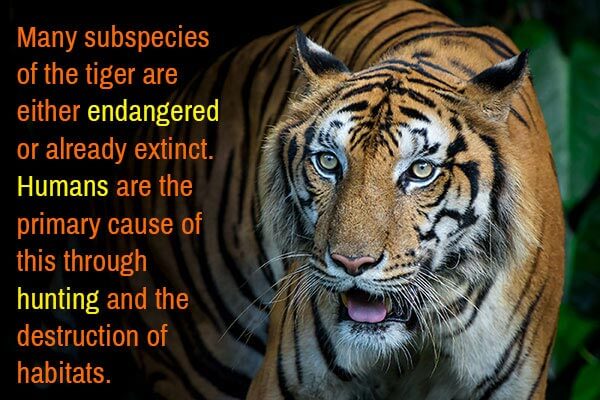 This was the 5th consecutive year the world was celebrating the annual event. The day was celebrated with various awareness activities in WWF-India’s priority landscapes in 2015.

WWF-India chose local communities and children as a platform to raise awareness about tiger conservation. Many drawing & quiz competitions, skits, dance performances were organized to mark the day.

The year 2016 was marked the halfway of the ambitious Tx2 goal. This year was quite exciting and most united to celebrate the day. Many organizations, govt. Officials, WWF offices, celebrities, and individuals across the globe came forward to support the “ThumbsUpForTigers Campaign.” This campaign got worldwide support. It shows the unity of the world to support tiger-populated countries appreciating their tiger protection efforts and encouraging for Tx2 goal.

On the 7th international tiger day celebration, celebrities Megan Fox and Zachary Quinto took part in raising awareness through social media. They removed their profile photo on social media and reappeared with a tiger selfie created on 3980 tigers.com to convey the plight of wild tigers due to illegal activities.

The campaign #3890tigers was established out of a partnership between WWF and Tiger Beer. WWF also has a partnership with Discovery for fundraising to conserve almost one million acres of protected habitat for wild tigers in India and Bhutan.

WWF shared the good news in 2016, stating that the wild tiger population has been increased up to 3,900. India planned to conduct a census exercise in 2018 to estimate the tiger population every four years that was even completed in 2006, 2010 and 2014.

The day is celebrated every year on 29th July under the slogan “Their Survival is in our hands.” There was a time when over 100,000 tigers were roaming on the planet and now the time has come we have to run conservation programs to save this incredible species for its existence.

On international tiger day 2019, the Wildcats Conservation Alliance addresses the world “to do the right thing” and donate their contributions to the organization. The donations were gone entirely to the tiger conservation projects to tackle wildlife crimes, training & supporting Anti-Poaching Units, etc.

Since India has almost 70% of the global tiger population, so it plays an important role in the celebration of the day annually. India has doubled the tiger population ahead to the target of 2022 that was set in the Tiger Conference held in St. Petersburg, Russia in 2010.

The Indian Environment Minister (Prakash Javadekar) posted a short video on Twitter last year talking about this success achieved. He stated that “Project Tiger” was launched in 1973 with only 9 tiger reserves and today we have 50 reserves with 2967 tigers”.

The Forest Department of Bangladesh has come up with a project “Tiger Conservation” last year which was said to be effective from 2021 if approved by the Govt. of Bangladesh. Chief Forest Conservator Amir Hossain Chowdhury said that the initial cost of a 3-year project will be 48 crores.

On 30th August 2020, a live concert “Roar for Life Virtual Concert” was held by WWF-Malaysia & Maybank. Many more events and activities were organized in a different part of the 13 tiger range countries. 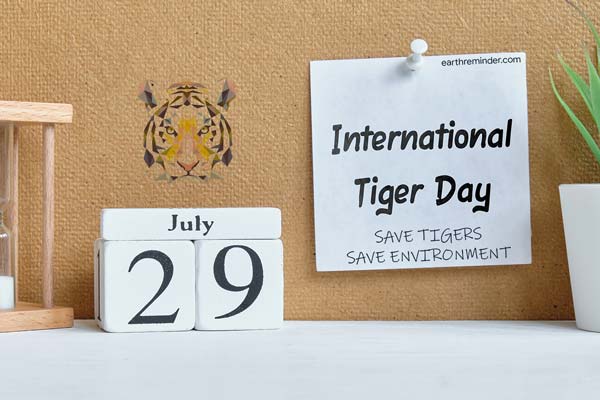 World Tiger Day is a day to celebrate annually to protect the tigers worldwide. 13 tiger-ranged countries doing their best to conserve the tiger species. Every year on 29th July, these countries organize various events and activities to celebrate the day.

Many popular animal organizations like WWF, the IFAW, and the Smithsonian Institute get behind this global event. You can also be a part of this event through Twitter using the #WorldTigerDay or #InternationalTigerDay.

According to a press release published by WWF, introducing the Big Cat Public Safety Act in the U.S. Senate is one step further for conserving wild tigers. The motive behind this act is to encourage other countries to have strict regulations against the illegal trading of our big wild cats. This was published on 20th April 2021 and is a vital step for protecting our gem from extinction.

In Thailand, new tigers were sighted, proving that our conservation efforts are working. As the press release was published on 17th may, 2021, a new female tiger is captured in Mae Wong National Park, who moved from Huai Kha Khaeng Wildlife Sanctuary. This indicates that the Mae Wong is dense in biodiversity and can be a place to conserve tigers shortly.

On 18th January 2021, two tigers are relocated from Corbett National Park to Rajaji National park, Dehradun, India. This was done by WWF India, Uttarakhand Forest Department and National Tiger Conservation Authority to populate the tiger reserve for restoration of the species. This translocation further creates new hope in the conservation of our big wild cat in Terai Arc Landscape.

Also, CBCGDF_China raised its voice on social media to protect the endangered species through the hashtag #endangeredtigers and asked the world to join the international tiger day with #ThumbsUpForTigers.

Besides these events, WWF in different countries is taking strict actions against the illegal trading and use of tigers for human requirements for raising awareness globally and fulfilling our goals towards increasing their population.

How Can We Celebrate International Tiger Day?

An international tiger day is a global event that is celebrated every year for tiger conservation. People across the world organize different activities to show their support for the day. You can also be a part of the celebration. These are some ideas to celebrate the events.

Tiger has always been a favorite character of our childhood stories. A tiger is a symbol of courage that motivates us to compete for the world with courage. If the tiger population continues to decline, our children will not be able to see the majestic creature of the animal kingdom.

The only medium for our children to see the tiger will be available through books, magazines, or digital modes, etc. Hence, we should put our hands together to support world tiger day for the conservation of this wonderful species.