Pollution which is caused due to contamination in soil because of numerous unnecessary chemical and biological properties of the soil which is created by human himself.

It is typically caused by agricultural chemicals, industrial activities or improper disposal of waste. Herbicides/insecticides, copper, zinc, nickel, arsenic, mercury etc. are some of the examples of soil contaminants.

There are various components found in soil, from which minerals are the largest component and out of all components minerals constitutes 40% to 45%.

WHAT ARE THE CAUSES OF SOIL POLLUTION?

Remember, there are many causes of soil pollution but we have gathered only main and severe ones here:

WHAT ARE THE EFFECTS OF SOIL POLLUTION?

Remember, There are many effects of soil pollution but here we have gathered major and severe ones:

After the extraction of gas in the process of making biogas, the mud left can be used as a fertilizer for crops. “Biogas is a mixture of carbon dioxide, methane, hydrogen Sulphide, siloxanes and some moisture.”

Nature always gives its feedback. “As you sow, so shall you reap”. If you are giving your efforts to make this nature beautiful, you will find it beautiful. But if you are playing with it and making it hell, then be prepared to tolerate its hazardous results also.

If the soil will be contaminated then the fertility of soil will decrease and the growth of crops and vegetation will be affected. As a result, the land will be converted into a depleted land.

Humanity needs to know and accept their limits of involvement in nature. It is the nature who has created life on Earth. So, how can we even try to manipulate this nature? Our responsibility is to maintain the balance of nature and also to handle the waste properly.

RESPECT NATURE, NATURE WILL LOVE YOU

HURT NATURE, NATURE WILL LEAVE YOU!!!

Why Earth is Called Blue Planet? 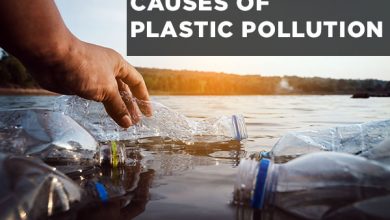 Pollution – Causes and Effects | How to Control Pollution