Industrial pollution is directly linked with the factories and industries. These firms are responsible for polluting the environment. Different industrial activities, whether it is the extraction of raw material, processing, manufacturing, or waste disposal, leads to environmental degradation. 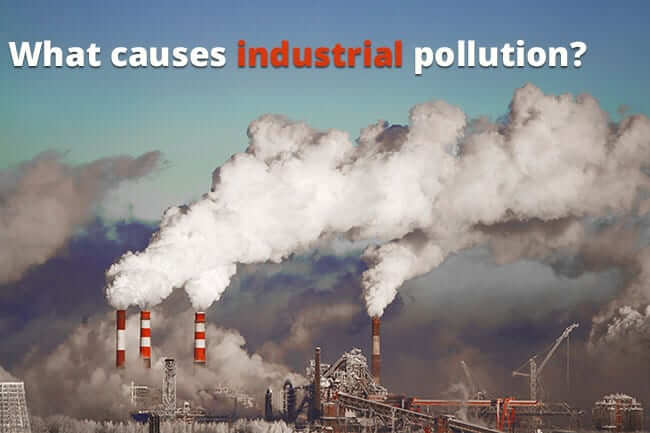 Unplanned industrial growth is one of the major causes of industrial pollution. In most of the industrial areas, the factories have ignored the standard rules and regulations for industrial setup. As a result, these industries have end-up polluting the air, water, and soil by releasing contaminants.

Most of the time, the industries are very well aware that their old version technologies are polluting the environment. However, still, they prefer to continue with the old one instead of upgrading their systems.

Many factories need a considerable amount of raw material to produce the end-product. The raw material can be taken out from the Earth’s surface by the process called extraction. There are risk factors involved with the extraction of raw material when spilled on the Earth, causing soil pollution.

The small sectors often bypass environment regulation resulting in the emission of many harmful gases in the atmosphere.

Waste disposal through correct ways is crucial for the conservation of the environment, whether it is industrial waste or the waste we produce at our home. The waste generates in factories is much more harmful as it contains hazardous toxins and chemicals.

The hazardous chemicals used by the factories for manufacturing or other processing can be termed as the root cause of industrial pollution. These toxins are big threats to the health of the organisms and the environment.

When these chemicals are released in the environment leads to different forms of pollution like air pollution, water pollution, and land pollution. Industries pollution is responsible for producing more than 25 million tonnes of toxic chemicals through industrial activities.

These industrial products become out-dated after a while, and they piled up to make massive landfills. Sometimes people dump this waste in water bodies causing contamination of water. These consumer products also contain harmful chemicals that may cause adverse effects on human health as well as plant and animal health.

Industrial energy use for production activities releases a high level of carbon dioxide in the atmosphere. CO2 is the main greenhouse gas responsible for the greenhouse effect. Industries are the major contributor to CO2 emission, causing global warming and climate change.

Industrial pollution mainly pollutes the air where we breathe. The industries emit a huge amount of harmful gases into the atmosphere daily. The process of emission will continue as these factories are running to fulfill our needs that are increasing rapidly every year.

Most of the factories required water to perform different activities to produce various products for consumers. When they use a large amount of water in various processes, it comes in contact with harmful chemicals, heavy metals, radioactive waste, etc. 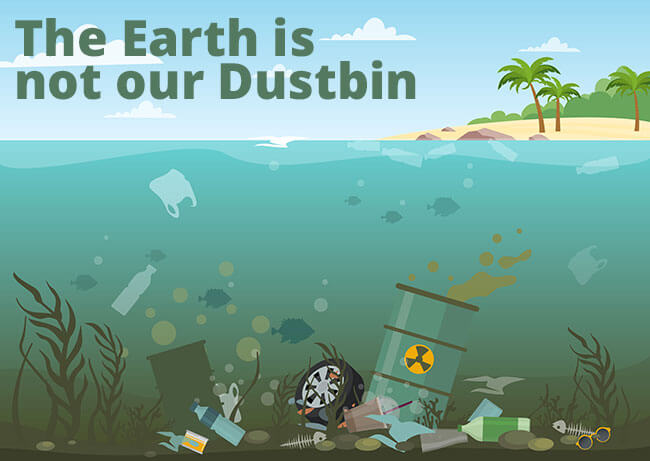 The factories dump their hazardous waste into water bodies like rivers. These toxins contaminate the water when dissolved with water bodies. The rivers take these pollutants all the way to the oceans and eventually dump it in large water bodies of oceans and seas.

This contaminated water is a big risk for the organisms that depend on it for their survival. For example- when we use this water for irrigation, drinking, washing, and watering plants, it affects our health adversely. On the other hand, polluted water of oceans also affects the health of millions of plant and animal species living underwater.

Industrial pollution is also affecting soil quality when the chemicals from factories get their way into landfills. As a result, the soil gets polluted, causing degradation of its quality. The low-quality soil becomes a huge barrier in the agricultural field that affects the productivity of crops.

Soil pollution also destroys local vegetation. Soil pollution not only affects the vegetation but may also cause health issues to those people who come in contact with it on a daily basis.

Global warming is one of the biggest environmental issues that are making our planet hotter day by day. Multiple reasons are causing global warming, and industrial pollution is one of those.

Industrial pollution is a big problem for humans undoubtedly, but it is actually affecting the entire biodiversity of the Earth. Sometimes industrial accidents also contribute to environmental pollution. For example – sudden fires, leakage of gases or radioactive materials, oil spills, etc.

Plant and animal species are also affected by air pollution. The release of harmful toxins from industries is affecting the natural habits, reproduction system, and habitats of wildlife creatures. This is why many species of plants and animals have been extinct, and many others are endangered.

Although industrialization refers to development and progress, we cannot deny its harmful effects on the environment. All countries have to raise big economic efforts to treat environmental degradation such as pollution control projects, campaigns for clean-up of water bodies, etc.

Development is good for mankind, but all the aspects need to be looked after. Proper planning is crucial for industrial development and the sustainability of natural resources of the environment.

Industrial pollution can be controlled with little effort from every industry. Here are some useful tips that industries may follow to control the level of contamination.

Industrial pollution is not the problem of any particular country, but the whole world is responsible for causing and suffering from the harmful effects of this pollution. Hence, the world together needs to find out the solution to control industrial pollution.

Above all this, governments need to develop policies to control industrial pollution. Most importantly, the govt. Should keep a close watch so that the industries cannot ignore the policies just for the sake of their own benefits.