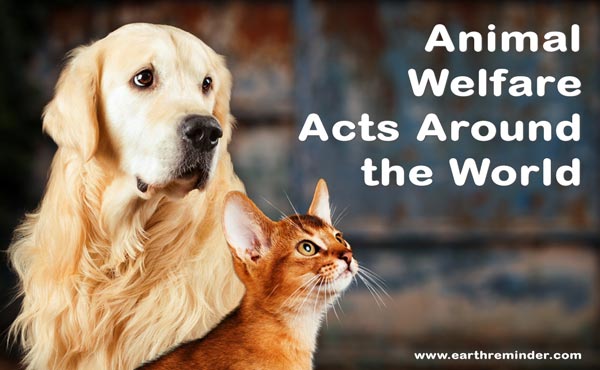 In the early ages, humans hunted wild animals for survival. The existence was symbiotic, and balance hadn’t yet been disturbed. Then came along the modern human, and slowly everything went off balance. Industrial Revolution increased the pace of commercialization at a speed never seen before. Now we eat, wear, and experiment animals.

It is this greed-filled pursuit of capitalism that led to many civil movements around the world, which brought the focus towards Animal Welfare.

So, What Is Animal Welfare?

According to the World Animal Net (WAN), the largest network of societies for animal protection in this world- “Animal welfare denotes the desire to prevent unnecessary animal suffering.” What this means is the meaning of Animal welfare isn’t about opposing to the use of animals per se, but it is about wanting to ensure a good quality of life and humane death.

The above definition, while being correct, is a little too simplistic. Animal Welfare isn’t just about keeping them alive in good health and helping them die peacefully.

A Multidimensional View to Animal Welfare:

Farm Animal Welfare Education Center (FAWEC) is a leading organization in the world that brings together professionals from the field of Animal Welfare. According to them, the concept of animal welfare consists of three main areas:

The widely accepted document on Animal Welfare called ‘FIVE FREEDOMS’ also throws some light on the basic principles to be followed in understanding what animal welfare is. They are:

What Are the Animal Welfare Acts Around the World?

Modern Day governments have their own legislations and acts for the protection of animals. Having Acts for the Welfare of Animals is necessary for today’s time and age.

The primary and most basic reason is what we all know – Animals need to be taken care of. This need has arisen from the very fact that we need them more, and our need has grown so much that it often leads to the exploitation of Animals.

Big Corporations and industries using meat and meat-based products or the garment industry sourcing wool and fur will not stop exploiting animals unless governments do something about it.

Animal Protection became much more codified thanks to the Universal Declaration of Animal Rights in 1978 by U.N. Since then, we have seen more and more legislation in the field of protection of animals and Animal Welfare.

There are some phenomenal International Laws, Treaties, and organizations working in this field. Some of them are:

Below are the major animal welfare acts in the world:

U.K. has shown its commitment to Animal welfare by going beyond E.U.’s laws on Animal Welfare and broadening the areas it covers. E.g., It has banned the farming of fur of all species. It has CCTV in all slaughterhouses to make sure that Animals get a humane death while also monitoring their condition of living.

Austria is at the top of the Animal Protection Index. It sees both human and animal life as equally important. The Austrian Animal Welfare Act, 2004 puts the duty of animal welfare above on all humans. It also has one of the strictest regulations in terms of how pets are to be treated.

The U.S. Department of Agriculture frames laws for the welfare of Animals. The Animal Welfare Act (1966) sets out some general principles regarding how animals used for commercial purposes are to be treated. Humane Slaughter Act (1978) has rules on how animals are to be slaughtered.

Recently passed in 2019, The Preventing Animal Cruelty and Torture Act (PACT) makes animal crushing a federal crime. Circus Cruelty Prevention Act in May 2019, passed by California, outlaws the use of all wild animals in circuses.

The Main Act for Welfare of Animals in India is – The Prevention of Cruelty to Animals Act 1960. It was ahead of its time in the sense that it provides for the welfare of ‘all living creatures.’ The constitution of India also provides for an inherent understanding that violence to any living creature won’t be tolerated.

Apart from this, there are many other protections in place like the Wildlife Protection Act, 1970, Animal Welfare Board of India, among many others.

Just like how Sweden is at the top when we talk of Human Welfare, it has done great work in this field too. Its Welfare Act 1988 penalizes anyone for cruelty against animals. It also provides for the protection of animals based on the FIVE FREEDOMS mentioned above.

Being a federal country, Australia has delegated Animal Welfare protection to the states. Therefore, all States have their own legislation. There is widespread understanding in the country regarding Animal Welfare. For e.g., the Australian Meat and Livestock Industry Act 1997 and the Export Control Act 1982 have punishments for live exporters who break animal welfare standards.

In a time like today, when welfare is increasingly being seen in a multidimensional manner, welfare and protection of animals are becoming more and more important. Governments around the world are also trying their best to update their Animal Welfare Acts so as to match the deepening understanding of Animal Welfare.

Still, we have a long way to go. Let’s keep the debate open and keep trying to broaden our understanding of what is Animal Welfare and how do we do better. Let’s try and go back to having a symbiotic relationship with animals so that both humans and animals can flourish and live well.

Applications of Biotechnology in Environment