Animal rights have been a contested topic for more than a century now. It is important to understand what rights are first before we proceed ahead to what do animal rights mean. 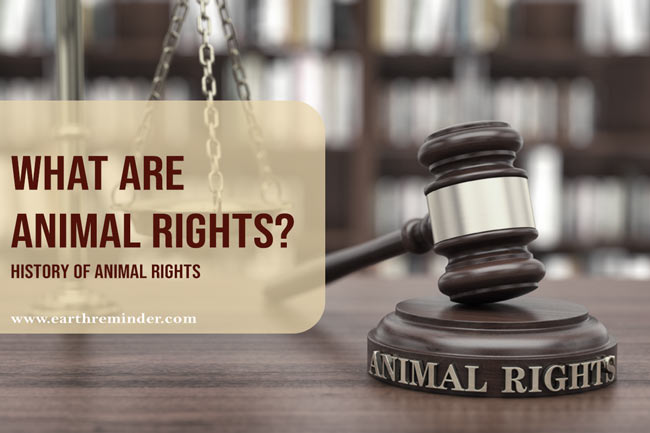 In the most simplistic sense- “Rights are entitlements that one possesses by virtue of one’s existence.” By this definition, it would come to mean that if you exist, i.e., if you have life- you inevitably have rights too.

It was this understanding of rights, of being inherent to one’s existence, that gave rise to the concept of Human Rights.

The concept of Human rights limits itself to us humans, but it was a phenomenal breakthrough in the sense that it opened up the doors of discussion on other kinds of rights; This is how we came to developing the kind of modern-day activism we see around the world for the rights of animals.

What do Animal Rights Mean?

The most basic definition of animal rights is that – Animals have certain entitlements too, that they have a right to be free of human use and exploitation. The theory of Animal rights says that just like humans, animals have an inherent fundamental right to live too.

Often, there is a misconception that when we say animals also have rights just like humans, we mean they have the same rights as humans; This is a flawed understanding of what Animal rights activists are demanding.

The issue here is whether we humans have a right to trample upon an Animal’s right to live. No matter how justified the reason might seem – we don’t.

What Are the Examples of Some Animal Rights?

The list of animal rights is a long one. It is contested too. Each right has its base of supporters as well as opposers. Let’s have a look at some of them:

Right to not be experimented upon

Imagine how you would feel if, right from your birth till your death, you were subjected to painful and terrifying procedures? If you passed an experiment, it would only mean being subjected to an even harsher trial? And if you failed, all your life would have meant was being born and then died.

It is argued that:

In the present ties, technology is breaking so many barriers. Growing specific organs needed for trial in a laboratory is a much closer reality now. We must pursue this option. 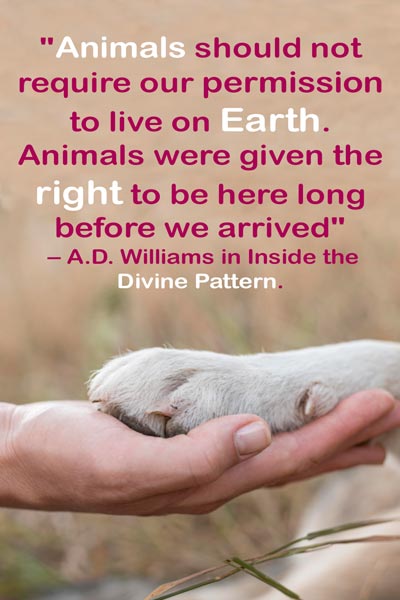 Right to not be killed for food or clothes

Gone are the days where men did not have an alternative and had to hunt for food and clothing. We have developed the technology to develop both these necessities of our life organically and in industries. Organizations like PETA have been fighting for this cause vigorously.

Yet, the fashion industry uses animals for fur and skin. These clothes are sold for millions, and even though there is a lot of awareness now, and people try not to use such products, we still have a long way to go.

Right not to be captured and locked in zoos for entertainment

Animal Rights include the right to be free. An animal has the right not to be locked up in cages. Humans find it entertaining to watch. We are all guilty of not knowing better and enjoying these shows. But it’s important to realize that this goes against animal rights.

Right to live in their natural surroundings

Derived from the previous point, Animals have a right to be left alone. Animal rights activists fight for the freedom of animals to be left in the wild, where they have their most natural surroundings.

Right not to be hunted

Commercial interests and the demand for ‘exotic pets’ still exists. Every other day we see reports of wild animals being poached for their body parts or birds being captured to be sold in the illegal market.

Various legislations exist to stop this from happening, but it still goes on as they aren’t stringent enough.

West has a long tradition of debate on whether animals should have rights and whether Animal Rights are important. The Pythagoreans believed in the transmigration of souls and hence advocated respect for animals.

In Contrast to this, scholars like Aristotle believed that there was a hierarchy of souls, i.e., some lives are more important than others. He places slaves and animals together while stating that both do not have any purpose of living unless they are being used by man in some way…

However, the modern Animal rights movement gave us some fantastic literature on a different perspective on the rights of animals.

This new strain of thought advocated animal rights and said that animals have consciousness too. It can be summarized in this one line of Jeremy Bentham- “The question is not, Can they reason? Nor, Can they talk? but, Can they suffer?”

Because animals can suffer just like humans, it is argued that we must not cause such suffering to animals.

East has seen a mix of all views on the meaning of Animal Rights. Religions like Hinduism and Jainism, along with Buddhism, emphasize non-violence or, more specifically – ‘ahimsa.’

Because most people in the East practice these religions, they have also had more vegetarian people who do not espouse eating or wearing animal products; This has influenced the Veganism movement around the world.

Trying to truly understand animal rights is a complex process. There are many nuances to it that even a well-informed person might miss out on.

What is important in this entire process is that we keep on trying. Animals have been exploited enough. We need to understand now that we alone do not rule this Earth. We are the minority on this planet.

It is only when we give Animals their due right that we will also be able to have a healthy Earth to live on.

“What are animal rights” article is for informational and educational purposes only; we are not showing hatred to any particular group or society. It is for the general awareness of the people and helping them to understand the rights of the animals.