Once we understand this difference, we should also know why both these concepts are important. Read ahead to know the answer.

What Are Animal Rights?

So, things like the right to life, right to live in their natural surroundings, right to not be hunted and used for food or cosmetics, etc. come under this. Animal rights activists stand against any kind of exploitation of animals.

What Is Animal Welfare?

The concept of animal welfare takes a softer stance on the protection of animals. Animal Welfare means taking care of animals and giving them a life of dignity until they are alive. The main point of difference between animal rights and animal welfare is that the latter allows the use of animals.

Animal Welfare means ‘humane use of an animal’. It is about giving as less pain as we can to animals but doesn’t go against their usage for food. They ask for a comfortable place to live for animals, clean and hygienic sheds, a healthy and appropriate amount of food, etc.

Direct Comparison of Animal Rights and Animal Welfare in Points:

It might be quite clear by now that there is a similarity between the two as well. Both stand against cruelty to animals. They differ in their meanings of what is cruelty and how much of it can we allow. However, both try to save animals and speak for their cause. Both believe that animals aren’t born just to die.

What Is the Importance of Animal Rights?

Believers of animal rights consider it important because:

They understand, they have emotions too. It is so horrifying to imagine a human being tortured the same way because we know how they feel. But in the case of animals, we often think that they don’t understand feelings. Animal rights are important because of this very reason.

They Create a Duty on Us to Save Animals:

The word ‘rights’ immediately puts a duty on us humans to protect animals. The discussion on animal rights has made us aware of our duty towards the animals of this world. If we don’t protect animals, who will?

The importance of animal rights lies in the fact that we can’t have a peaceful society if we are cruel to animals. If hurting animals is acceptable in a society, hurting a fellow human being will also be okay eventually.

Impact on the Environment:

Animal rights don’t just benefit our society but also our environment. If we actively follow animal rights, we will have a balanced ecosystem too. People won’t kill or harm animals anymore. We will also become careful of our footprints on this planet. All this will in turn save our environment too because animals are an important part of it.

Why Is Animal Welfare Important? 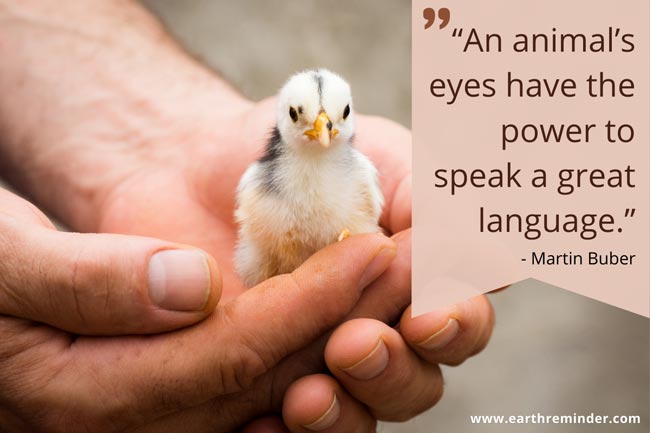 To Give a Healthy Life to Animals:

Because Animals Have Dignity:

Just like humans, animals also have dignity. They deserve to die with dignity too. Animal welfare tries to give them a ‘humane death’. So, governments have come up with rules and regulations against slaughter houses. They make sure that no cruelty happens while killing animals so that there is minimal pain.

Animal welfare is important because this concept is making people aware of how important an animal is to our society.

When the welfare of an animal is kept in mind, there are many benefits for a corporation too. Animals live longer so we get to use their products for a longer time. It is also less damaging to the environment and therefore people would like to buy from these kinds of companies only.

The norm today goes against animal welfare. Therefore, to introduce new ways of functioning, farms and the meat industry need expertise. People with know-how in this matter can get jobs to work in clean industries.

Animal welfare can help us save the climate too! We know that one of the biggest factors of the increase in climate change is methane released by cattle. When animals are healthier, they release less methane, and therefore greenhouse gases in the atmosphere get reduced.

Animal welfare helps in creating a good habitat. So let’s suppose, animals on a farm that practices a humane way of raising them will have different outcomes. So, these animals will be stronger and healthier.

Therefore, they will also be happier which will release good hormones in them. Consumption of meat of such an animal gives more nutrition and therefore, benefits the health of humans too!

Thankfully, this is changing today. It has taken more than 6 decades of active campaigning for us to even be talking about animal rights and animal welfare.

There was a time when all this was thought of as nonsensical and irrational. But, today we understand the importance of animal rights and welfare. This article has tried its best to explain the difference between animal rights and animal welfare.

However, ultimately the power rests with the reader. You can either chose to take action and make some changes. Or, you can just carry on ignoring the plight of animals. If you decide on the former, remember that change doesn’t always have to big. It can start small but it should begin somewhere.

Why Should You Own a Dog?

How to Start an E-Waste Recycling Business in India?