Fossil fuel is formed from the fossils of animal and plants buried over many years. The age of these organisms is millions of years. The heat of the Earth’s crust from beneath and the pressure of the rock from the top transform these fossils into fuel which is known as fossil fuel such as crude oil, natural gas, coal etc.

This fossil fuel composed of a maximum percentage of carbon and some percentage of other components such as petroleum, coal, natural gas etc.

How long does it take in the formation of fossil fuels?

Fossil fuels are formed under the surface of the earth through a slow process of decomposition of fossils of plants and animals. The fossil of living organisms takes millions of year to transform into fossil fuels, hence it is a very slow natural process.

According to the studies, millions of years ago many living organisms (plants & animals) were buried in mud after their death. After many years the buried plants and animals were transformed into fossils due to high temperature and pressure of Earth. Later on, these fossils were decomposed into fossil fuels.

Are Fossil Fuels and Renewables Similar?

Fossil fuels are carbon-based organic substances. When we use these substances to generate electricity it releases greenhouse gases. The gas emits less carbon on burning as compared to coal.

One very important difference between fossil fuels and renewable is that renewable does not produce greenhouse gases while generating electricity whereas fossil fuels do.

What are the types of fossil fuels?

Coal is an organic sedimentary rock which looks black in color. The main component of coal is carbon and it founds in layers.

Coal is an important fuel resource that helps in providing energy and electricity across the globe. Coal also plays an important role in the steel industry but the sad part is that it is one of the major reasons for greenhouse effects. This is why coal has comes to a declination mode these days.

Petroleum also termed as crude oil found in liquid form. The main component of petroleum is hydrocarbon and some other liquid organic components.

You can also call it black gold due to its importance in our life. The main usage of petroleum fossil fuel is for automobiles. Its demand is increasing every year but unfortunate excessive consumption of petroleum is working as an air & water pollutant.

LPG is heavier as compared to natural gas. It is stored in liquid form under humble pressure to make it easy for transportation. However, LPG is gaseous in normal atmospheric states.

Fossil fuel obtained from Earth and transformed into various modes to use in different ways such as coal, natural gas, petroleum etc. They make our life quite easy.

We need fuel to perform various tasks whether it is about industrial usage, automobile usage or our daily life usage. Here we have listed the pros and cons of fossil fuel-

Fossil fuels are not only used for industrial and transportation purposes but also an important part of our daily life. Some of the examples of fossil fuel usage that make our daily life quite easy & comfortable are –

Generating electricity from fossil fuel is one of the important contributions to mankind. For many thermal power plants, coal is the main source of fuel, whereas some other power plants also use natural gas & crude oil.

In these power plants the fossil fuels are burnt to produce heat and then this heat is used to convert water into steam. The steam generated by the burning of fossil fuel is used to operate various electronic machines.

The fossil fuels provide power to the engine of the vehicle which helps to move it forward.

Other items that require help of fossil fuel to get into production are – Fan Belts, Tires, Vehicle oil, Gasoline, etc.

The cooking gas or LPG used in our kitchen which is obtained from propane which is the lighter part of petroleum gas. In winters we use heaters in our home which is operated by using coal or natural gas. Kerosene is a byproduct of crude petroleum which is used in many ways in our daily activities.

The cooling system such as refrigerators also depends on fossil fuel in some ways. Other items that need fossil fuels to produce are – Dishwashers, Telephones, Refrigerators, Toilet Seats, Detergent, etc.

Well, fossil fuel is not restricted to the usage of generating energy & power but also used in many other ways-

You must have heard about benzene chemical which is used as an ingredient in manufacturing companies for the production of rubber, solvents, pesticides etc.

Is there any harmful effects of fossil fuels?

Fossil fuels are no doubt very useful for mankind but simultaneously the harmful effects are also observed. The extraction process of fossil fuel causes air pollution, marine pollution and sometimes cause harm to local communities. The transportation of fossil fuel from mines also causes pollution. The toxins are emitted when the fossil fuels are burned which causes global warming. The waste products releases from fossil fuels are also hazardous for us and our environment.

Resources are limited and our demand is rising everyday. Earth reminder suggests optimum utilization of resources so that our future generations will not suffer. Share it with your kids and family members. 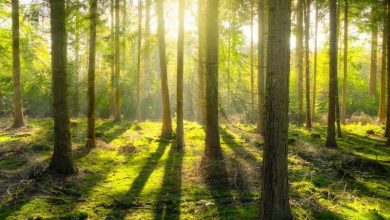 Uses of Solar Energy in Day to Day Life